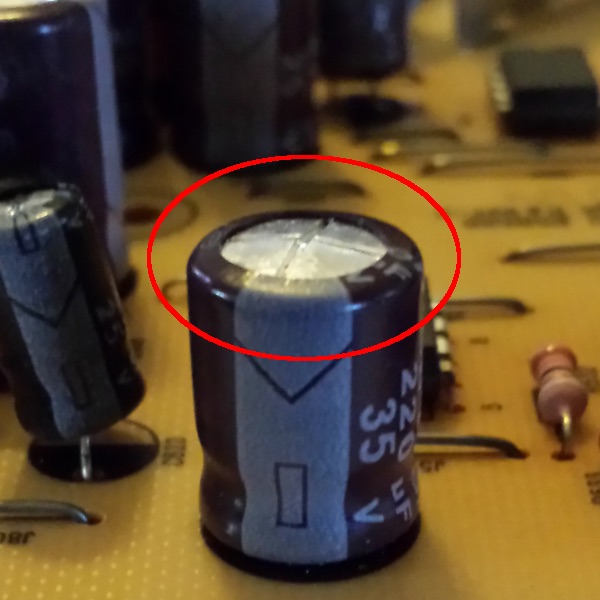 I spend a good deal of time these days on various telnet BBS that are (naturally) focused on vintage computing. As such, much of the discussion being had in the message bases is in the form of help / advice requests posted by people with ailing systems of yore and replies by those offering up helpful suggestions. More and more I’m seeing these responses come in the form of something like this:

Ok, so your Amiga 500 powers on but goes to a full yellow screen just seconds after boot? I’d suggest you test the power supply with a voltage meter, re-seat the socketed chips on the motherboard, and, of course, replace all the capacitors.

I began collecting vintage computers in 1999 — 20 years ago. The modern computer I had at that time is now considered to be vintage and collectible. I now have a sizable room full of computer systems, setup and bootable at the flip of a switch. Some of them are nearly 40 years old. In all of that time, I have never — not once, ever — replaced a single capacitor. I have never encountered a blown or even bulged capacitor on any of these fully functional systems. And I use these computers quite frequently.

A capacitor is a passive two-terminal electronic component that stores electrical energy in an electric field. The effect of a capacitor is known as capacitance.
…
The physical form and construction of practical capacitors vary widely and many capacitor types are in common use. Most capacitors contain at least two electrical conductors often in the form of metallic plates or surfaces separated by a dielectric medium. A conductor may be a foil, thin film, sintered bead of metal, or an electrolyte. The nonconducting dielectric acts to increase the capacitor’s charge capacity. Materials commonly used as dielectrics include glass, ceramic, plastic film, paper, mica, air, and oxide layers. Capacitors are widely used as parts of electrical circuits in many common electrical devices/

An unfortunate thing about capacitors is that every type of capacitor will, at some point, fail. The type and quality of a given capacitor plays heavily into its life span — and some vintage systems used rather poorly constructed capacitors. I have seen many examples online of a system malfunctioning and, in diagnosing, a blown capacitor was found and replaced and the system was healed. I can’t say for sure that I have ever seen an example of a capacitor failure utterly destroying a system.

I would like to continue on as I have always done, using these systems as-is with the plan of replacing capacitors on a given system in the future, as they inevitably fail. But, I would like opinions as to just how risky this is.

I am hoping, with this post, to get feedback in the comments from other users of vintage computers (I almost walked into that one…) regarding the issue of capacitor failure. What experiences have you had? What advice can you offer, here? Those of you who have suffered capacitor failures in such systems, were any of them catastrophic, unrepairable? Please leave a comment, I appreciate any feedback.

UPDATE: Hackaday has picked up this piece and published their own post, “Ask Hackaday: Experiences with Capacitor Failure“. There are some good accounts in the comments thread, including much discussion regarding the “Capacitor Plague” that came from Asia, afflicting systems made between 1999 and 2007.

Also, the Retro Computing Roundtable podcast (my personal favorite vintage computing podcast out there) saw this post and has made a discussion of capacitor failure the host topic of “Episode 191: Re: Recapping.”