A Look at the Short-Lived 3-Inch Compact Floppy Disk

I was recently listening to the latest episode of Retro Computing Roundtable podcast during which there was mention of a 3-inch floppy disk. No, not 3.5-inch, but 3-inch. These disks are known as Compact Floppy Disks (also “CF2”) and were used in a number of systems outside the US, including some models of Amstrad, Tatung, and MSX machines. And, while the Sony-engineered 3.5-inch disks that those of us who don’t think that they are 3D-printed takes on the “save icon” know well are more or less square, these disks are rectangular. This was a curiosity discussed in the podcast at length. 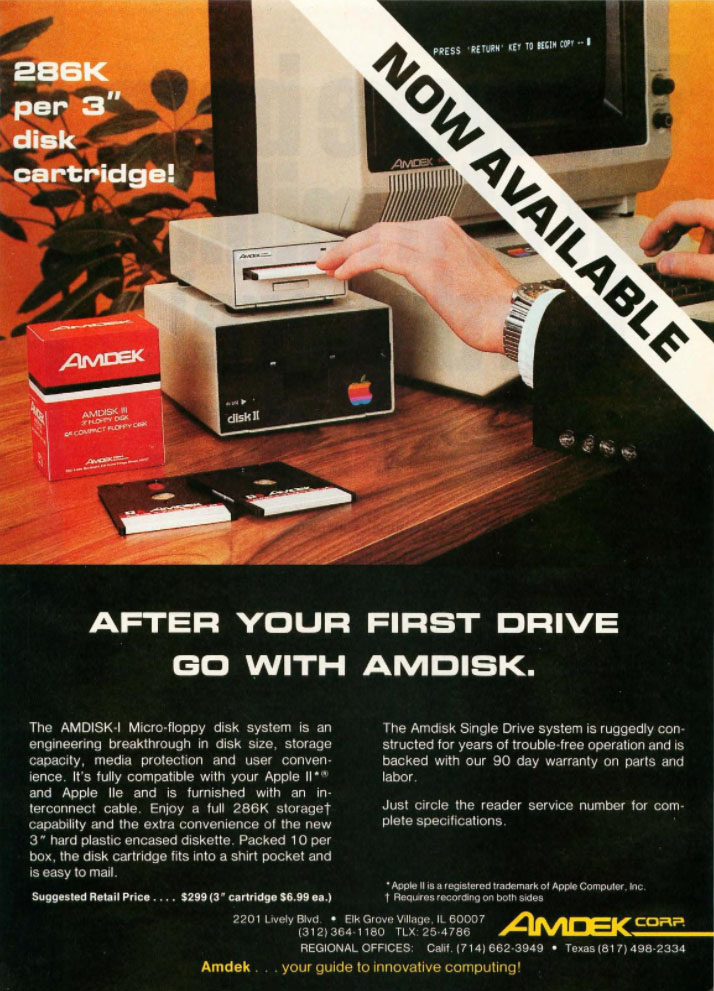 The Compact Floppy Disk form factor was engineered by Matsushita and Maxell and, in the states, it was offered for a variety of machines by Amdek as an standalone unit. The Amdek Amdisk-III was a dual-drive unit released in 1982 at an introductory price of $899, offered for the TRS-80 CoCo and the Model III as well as the Atari 8-bit line. Amdek also sold a single-drive Amdisk-I unit exclusively for the Apple II, billed as a perfect second-drive option. I saw an ad for the latter when I was using an Apple IIe as my main system and it appealed for it’s cool-factor, but was too expensive. Eventually I saw a close-out deal for the Amdisk-I at a price of about $75 and I went in on it. When it arrived it came with four blank 3-inch floppies and I plugged it into my Disk II controller card and installed the third and fourth floppy-sides of Ultima IV on it and played away. It was reliable and, as expected, pretty cool.

I sold the system it was attached to and moved to an Atari ST, but I kept one of the disks. After hearing the discussion on the RCR podcast about the oddness of its rectangular form-factor, I decided to dissect the disk I have on hand to see and share just what’s inside. Would there be a magical storage space for trinkets? Something special waiting for the adventurous user who decided to crack a disk open? As it turns out — no. There’s just a spring and an overall situation that presented no particular reason for it being non-square. 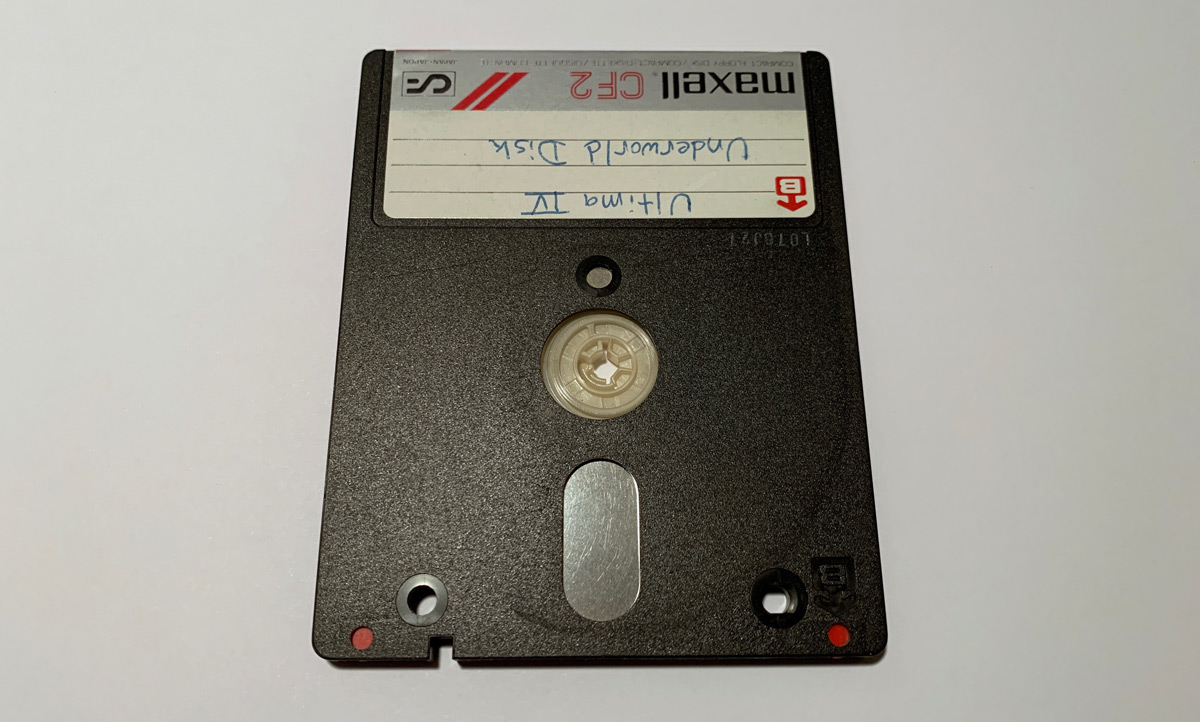 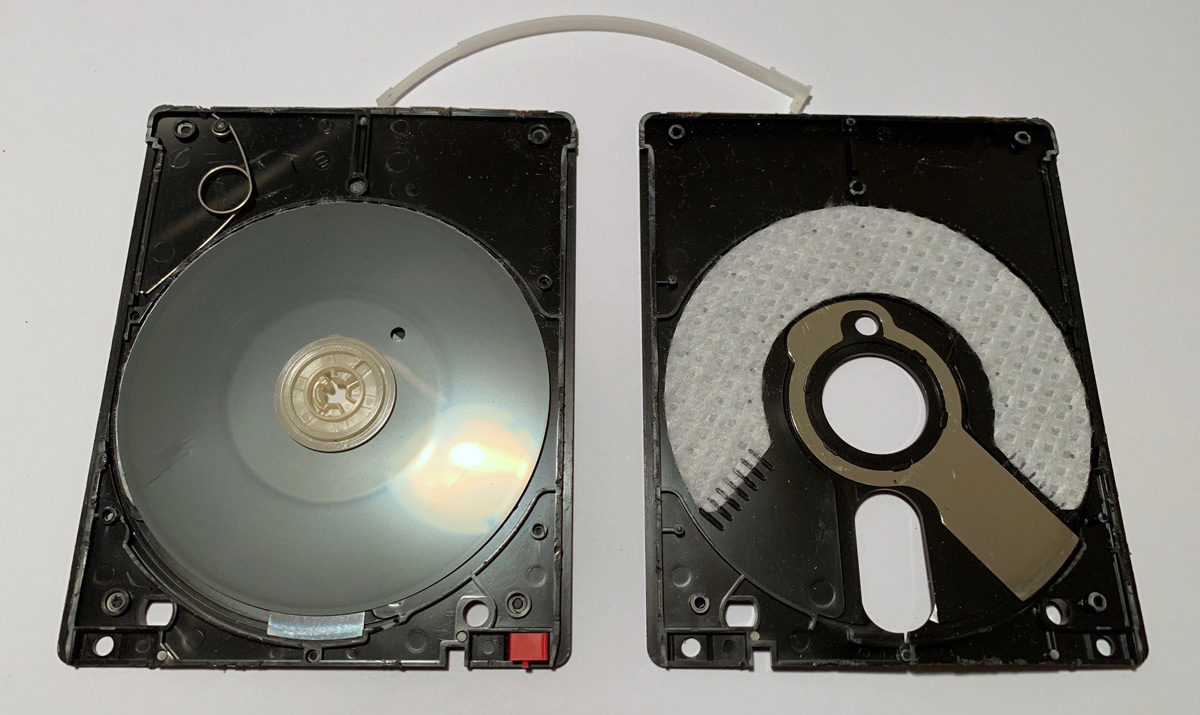 Having cracked open the disk, I present the photos here for posterity. I’ve been without a drive to read this disk for over 20 years, and so the destruction of the media is of little pain for me. The magnetic media of yesteryear (some even less common than these) is an interesting thing to examine, I think.