Upgrading the Atari 520ST to 4MB of RAM

This one’s been a long time coming.

I purchased an Atari 520ST back in late 1986. It has a particular charm and is one of the systems I most fondly remember. Shortly after I got it I ordered a system organizer / stand known as the A520 STation. It made the somewhat awkward keyboard-unit computer ergonomically close to ideal. 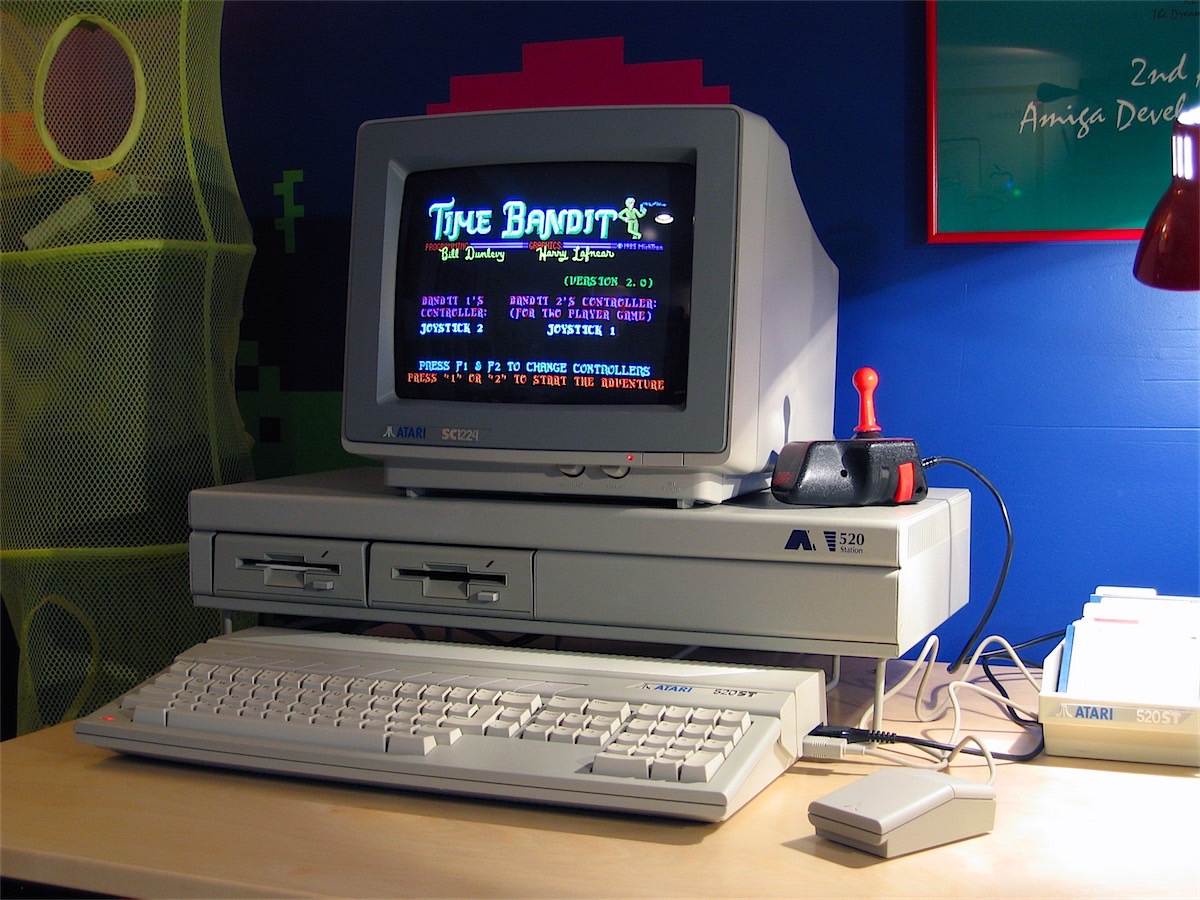 Before and after that ST, I owned several Amigas. Years later, when deciding what systems I wanted to have on-hand in the Byte Cellar, I decided I didn’t really need an ST because the Amigas are something of a superset of them, capability-wise, and most game titles exist on both platforms. (No offense ST people, among whom I count myself.) I did love that particular setup I used to have, though. So, eventually I decided if I could ever source an extremely rare A520 STation, I would build a proper 520ST system around it. Sort of a cart before the horse scenario, I suppose. At any rate, after years of searching, wild chance threw the system organizer I was seeking into my lap. So, I went ahead and built an ST system around it, a 520ST system — not a more common 1040ST; I’ve always found the latter’s elongated case profile to be aesthetically inferior to that of the original 520ST. 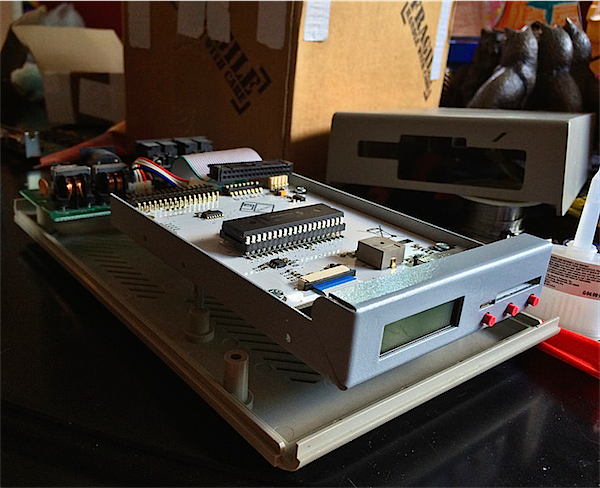 After assembling the system, I enjoyed it with a handful of floppies I had to play with, and then decided to fit it with an HxC2001 floppy emulator, after earlier having success with such a unit on my Amiga 2000. Now, while a lot of ST users have embraced the HxC2001, they’ve been fitted to the far more common ST models that contain an internal floppy drive. The original 520ST (a.k.a. STM) has no internal drive, and I’ve seen no other instance mentioned online of someone mounting the HxC2001 in an Atari external boot floppy drive. My system, I believe, is unique in this respect.

So I had the 520ST setup like I wanted, with the loading of new floppies being as simple as copying disk images to an SD card on a net-connected machine and sticking it back into the ST. The only remaining problem was the price I paid in sticking with the short 520ST formfactor I love — it has only 512K of RAM. Lots of games and scenedemos require 1MB or more. And, that’s a problem that I finally solved, but with a great deal of adversity. It’s an arduous tale, and getting it finally sorted is what prompted this celebratory post.

I scanned eBay and found a daughterboard 1MB RAM expansion kit of the likes I recall seeing advertised in STart magazines back in the day. The Xtra-RAM from Frontier Software [PDF], made in the late ’80s, is a lengthy board with two ribbon cables coming off of it. One goes to a board that sits between the ST’s video shifter chip (a standard DIP) and its socket. The other goes to a shim that slides down into the MMU’s PLCC socket, between the socket and it’s square chip. Sliding the shim into that socket is a destructive move; if you ever have to pull it back out, the socket’s pins no longer make contact with the seated chip. And, you guessed it, the RAM board was apparently defective, and so long story short / another motherboard later (at least I ended up with a rev. E, nicer than my original rev. C), I was ready to try again. 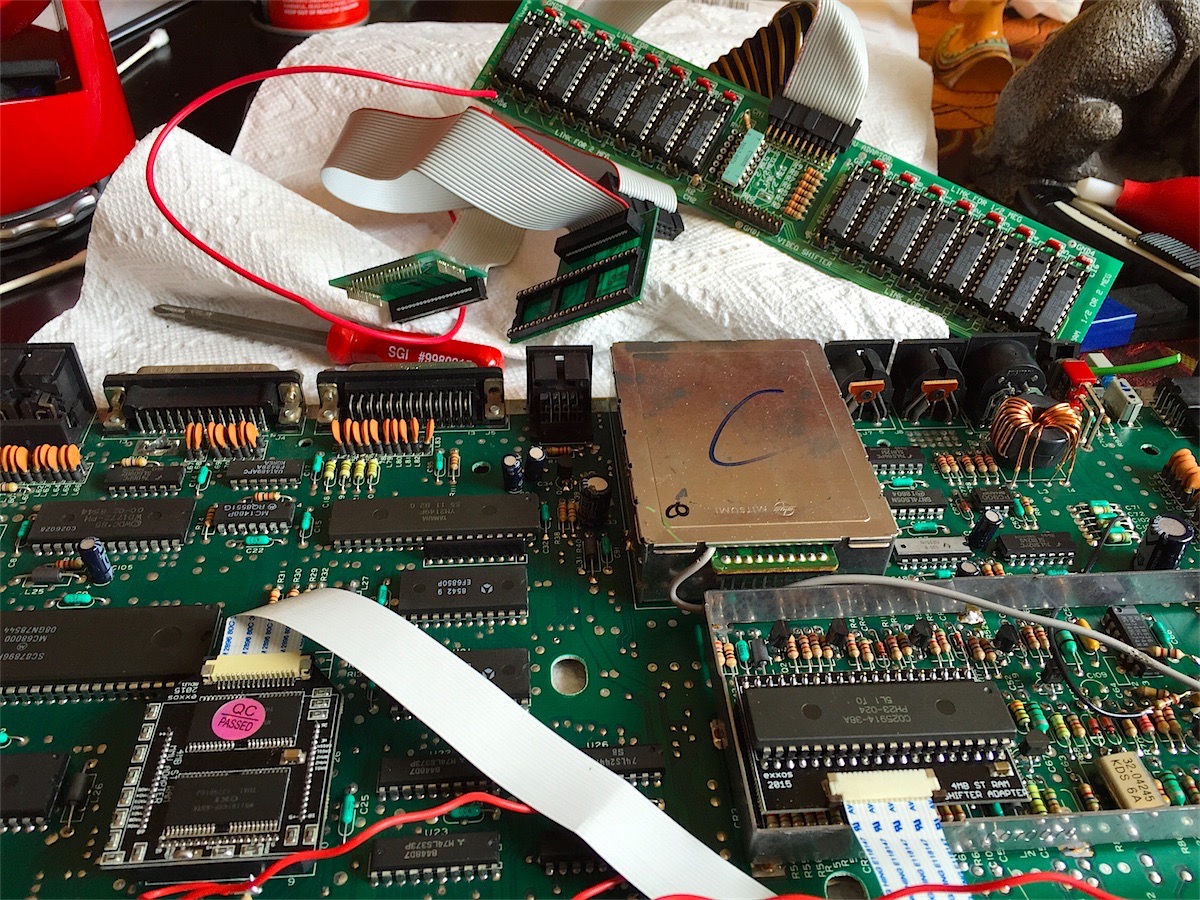 Xtra-RAM in the background, Exxos’ boards in place on the mobo

Sadly, my ST sat in pieces for the better part of a year before I found a RAM upgrade I deemed worth trying…again. Someone suggested, in a thread I started over at Atari-Forum last September (which contains details and lamentations of my failed upgrade process), that I have a look at forum user Exxos‘ 4MB RAM upgrade, which he is currently fabricating and selling. It’s a smaller, more modern kit of far superior design. With some challenges along the way — thin vias pulling off, difficulty removing the original 512K of RAM DIPs, lots of desoldering fun, and so forth — I got the upgrade installed and am happy to report that the project was a success. What’s more, while the system was in pieces I grabbed a set of TOS v1.04 ROMS, “Rainbow TOS”, and upgraded the system, delivering many bugfixes and performance improvements over the original TOS v1.0.

My “new” 4MB Atari 520ST is running games and scenedemos I’d never been able to experience before. 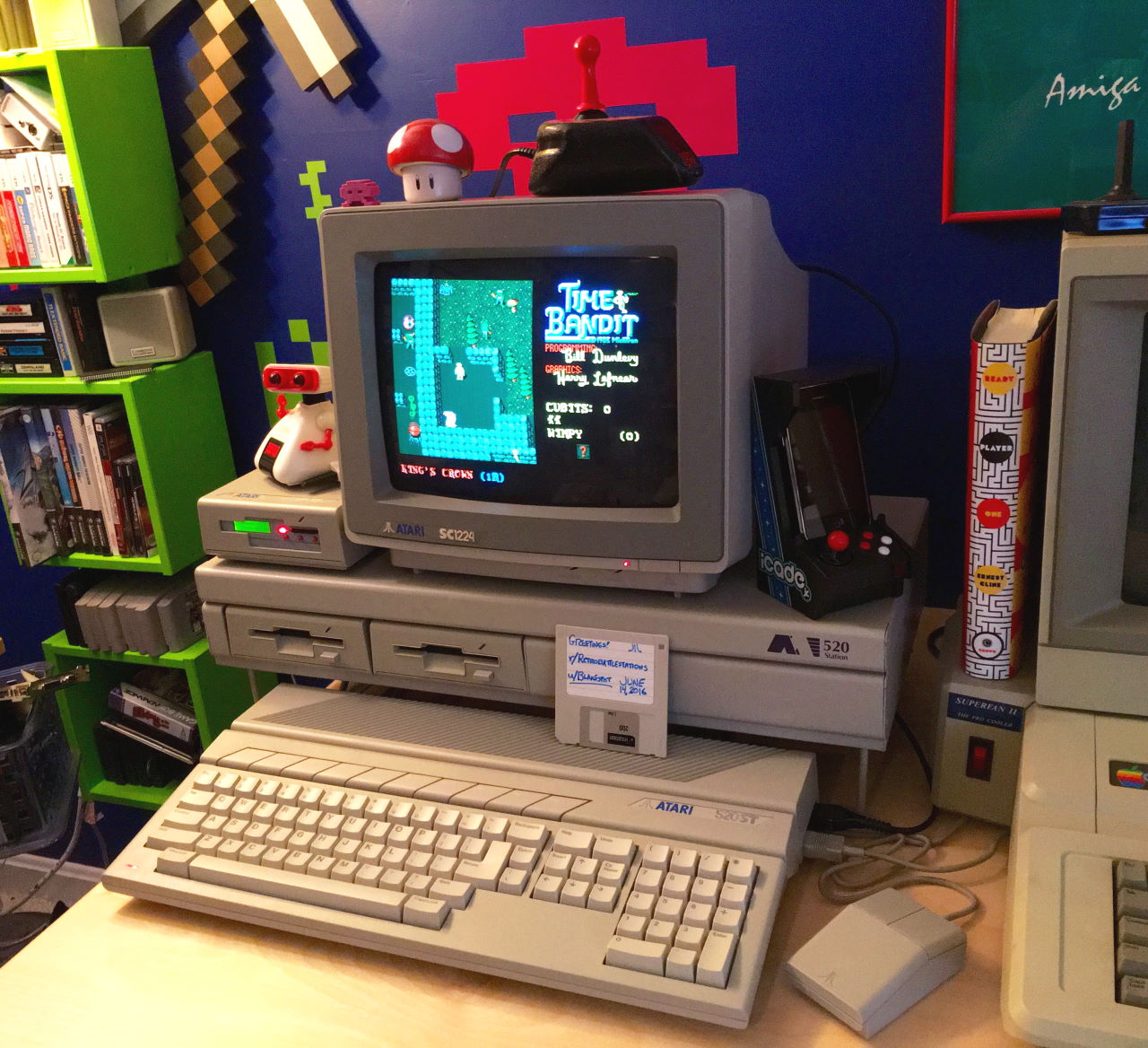 It is indeed a great feeling getting a system configured just right. (Well, I could use a SM124 monochrome 640×400 monitor — I do have a display switchbox on-hand and waiting…)

5 Responses to Upgrading the Atari 520ST to 4MB of RAM