A Review of “CoCo: The Colorful History of Tandy’s Underdog Computer” 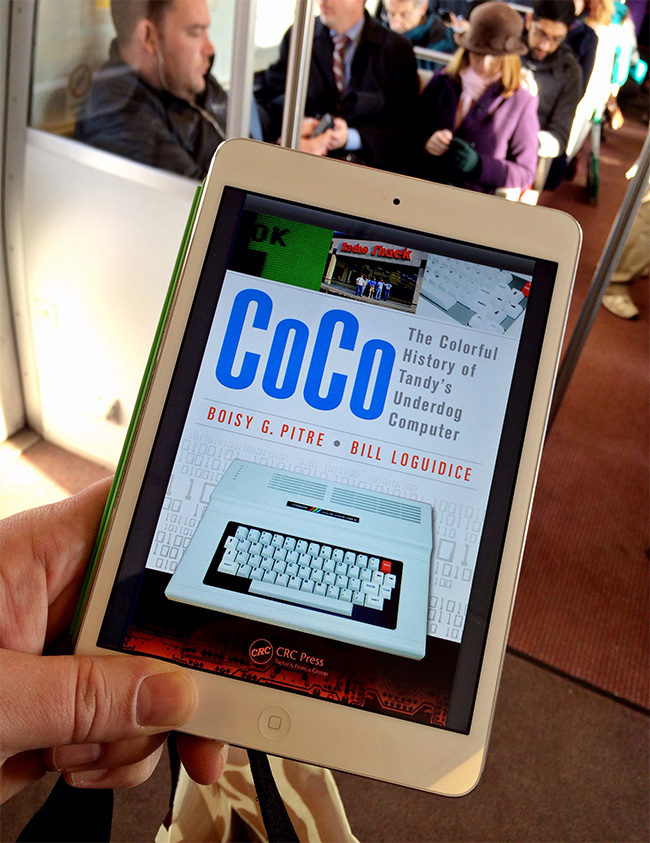 I love spending time sitting down and using the various vintage computer systems I’ve collected over the years, but more than that I enjoy learning new bits of history about these  systems and how they came to be. While my vintage collection is sizable — 16 systems (excluding consoles and handhelds) — I’ve been a hardware geek for over 30 years and I love to research, so I’ve got pretty rich histories of most of these systems in my head at this point. That’s why I was so happy to see the publication of vintage computing notables Boisy G. Pitre and Bill Loguidice’s CoCo: The Colorful History of Tandy’s Underdog Computer.

When I was a kid, I had to sell one system to fund the next, and so I went through a slew of  computers as my fickle self became enamored with the next platform…and the next, and the next. (Long before eBay, it was an ad in the local newspaper.) Most of my collection consists of systems I have owned before, and know well. However, there are a few systems in my collection I’ve picked up because I had a particular interest in them way back when, but never actually owned. One of them is the Tandy Color Computer 3.

Growing up, I fiddled with the CoCo line from the grey, chicklet-keyed original to the final  CoCo 3 in Radio Shacks around town. While the CoCo was evolving, I was spending time at home in front of a TI-99/4A, Apple //c, Amiga 1000, and Atari 520ST. Although I found all of the models interesting, it was the CoCo 3 that, to me, held the most appeal given its enhancements over the previous models; it was Tandy’s answer (albeit an 8-bit one) to the Amiga and ST. So finally, back in 2012, I grabbed a nice system on eBay [my CoCo photo gallery] and began exploring the CoCo ecosystem. I found it to be a fascinating little computer, but I couldn’t fully embrace the system because my knowledge of its history was pretty light. That is, until Pitre and Loguidice’s excellent CoCo retrospective brought me fully up to speed. 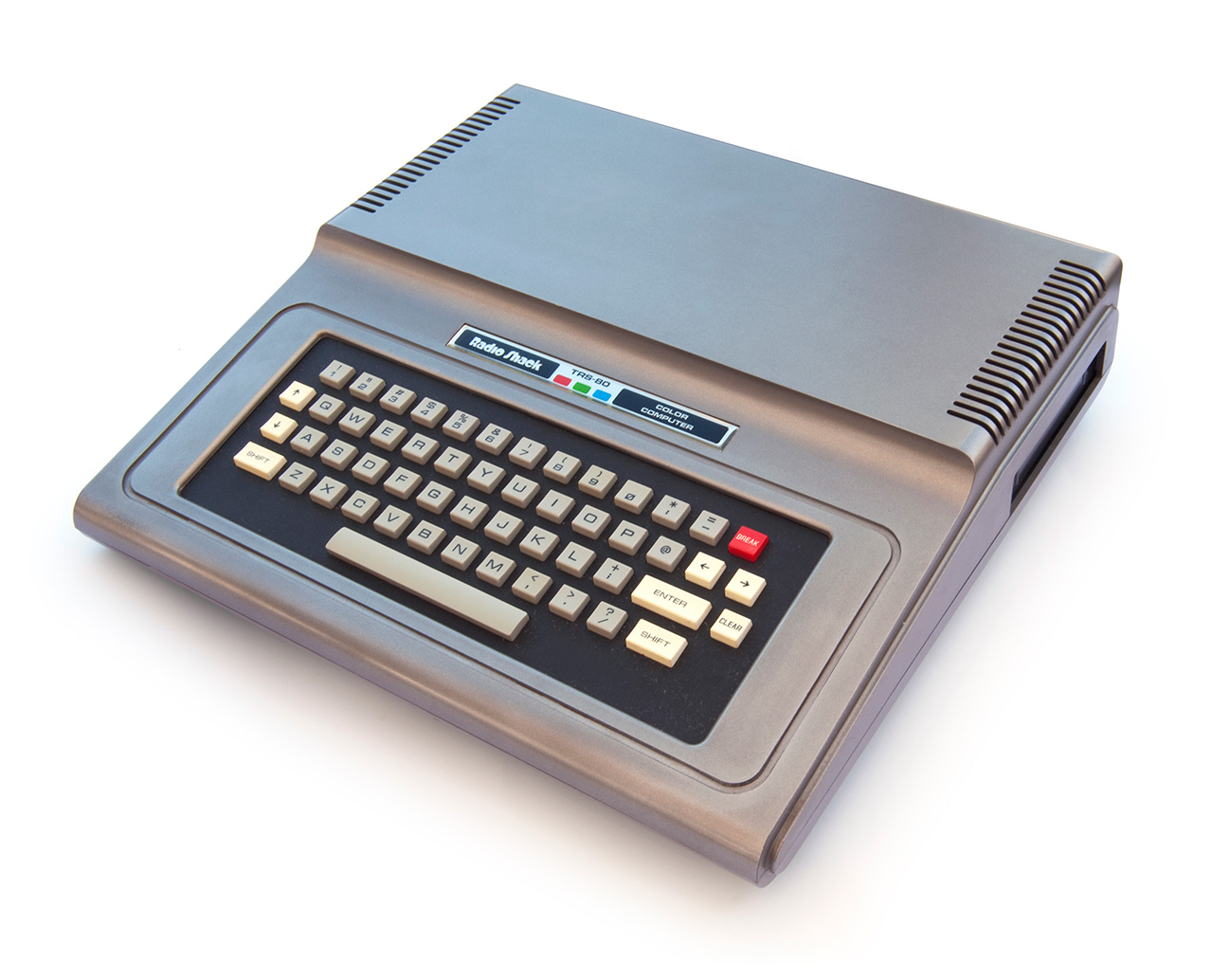 CoCo: The Colorful History of Tandy’s Underdog Computer starts at the very beginning, in Fort Worth, Texas, with the Hinckley-Tandy Leather Company. From there the authors give the account of the release of the Tandy VIDEOTEX terminal, which brought helpful information to farmers’ televisions via modem. From VIDEOTEX evolved the Color Computer, and Radio Shack’s home computing platform was born. The book underscores the major role that RAINBOW magazine played in rallying a community around the platform — a community that is still active, even today. On from the original Color Computer, we’re taken through the development of the CoCo 2 and the CoCo 3 and even the single existing prototype of the ill-fated CoCo 4. Along the way, a great many engineering anecdotes are detailed in the vein of Tracey Kidder’s The Soul of a New Machine, the model of computer engineering storytelling. I came away from the book with a rich and complete history of the entire Color Computer situation, which is exactly what I wanted out of such a title.

Aside from the history conveyed, for me the book has served as a roadmap of sorts, highlighting particularly interesting areas of the hardware and software to explore. I’ve gotten a lot more out of the CoCo 3 since reading it, and am able to better appreciate its various attributes that I see put to use as I spend time using the machine.

A little should also be said about the book’s authors. Boisy Pitre is a major figure in the CoCo community, running the Cloud-9 CoCo accessory store and hacking together hardware when he’s not doing that (or writing a book). Not too long ago I covered his Liber809 project where, in just three months time, he built an interface board allowing him to hack the brains of a CoCo, the 8-bit Motorola 6809 processor, into an 8-bit Atari and got graphics demo code up and running. And he’s selling the boards on his site. Frankensteining an 8-bit Atari takes some serious chops.

Bill Loguidice I first knew from his all-eras videogame, computer, and technology website, Armchair Arcade, which went online in 2003. Bill has also written a number of books of the same ilk and has put together Gameplay, a documentary film on the history of game making. Of his website, Bill says, “Our ongoing mission is to chronicle the complete history of videogames, computers, and all other types of technology as they continue to impact and enrich our lives each and every day.”

Whatever type of retrocomputing enthusiast you happen to be, I cannot recommend CoCo: The Colorful History of Tandy’s Underdog Computer to you strongly enough. It is an excellent work, and I commend and thank the authors on the thoroughness of the history that they have conveyed in this must-read historical. We sorely need more books like this one that help preserve and share the important histories upon which today’s technological marvels are built.

(Other books in the same spirit that I recommend can be found in a Recommended Reading page that Pitre and Loguidice’s CoCo book inspired me to put together.)

This entry was posted in Tandy / TRS-80 and tagged Book Review, Tandy, TRS-80. Bookmark the permalink.

One Response to A Review of “CoCo: The Colorful History of Tandy’s Underdog Computer”