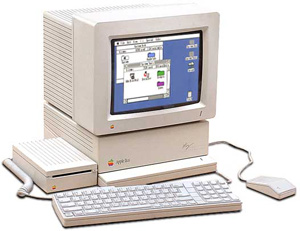 Last week I wrote a post about FTA’s recent iOS release Active GS – Best of FTA [App Store]. (I wrote one for TouchArcade too, actually.) The app is a collection of Apple IIgs demoscene productions from FTA and associated groups, wrapped in an iOS port of the group’s ActiveGS Apple IIgs emulator. ActiveGS is a front-end for KEGS and is perhaps best known as the web plug-in that powers the Virtual Apple ][ website which allows anyone with a modern browser to play Apple classic games on the web.

Developer Olivier Goguel has been kind enough to provide me with a build of the “full” version of the app, that can pull down and play every disk image online over at Virtual Apple ][, to test out on my iPad 2. And, I don’t think I need to explain to anyone reading this website just how awesome this app is.

I put together a little video of me running through a few of the available Apple II disk images on the iPad 2. Have a look.

I considered posting this over at TouchArcade but, since this version of the app will never hit the App Store, it would just seem cruel…

This entry was posted in Apple II, Handhelds. Bookmark the permalink.