The NeGcon: Gaming with a Twist

My last post concerned my Wipeout collection. As any Wipeout fan is aware, when it comes to getting champion track times, the 4-way digital pad is out. But when the original Playstation and Wipeout came out, that’s all there was, you’re thinking. Dual Shock wasn’t even a glimmer in Kutaragi’s eye. Well, there was one alternative: the NeGcon. 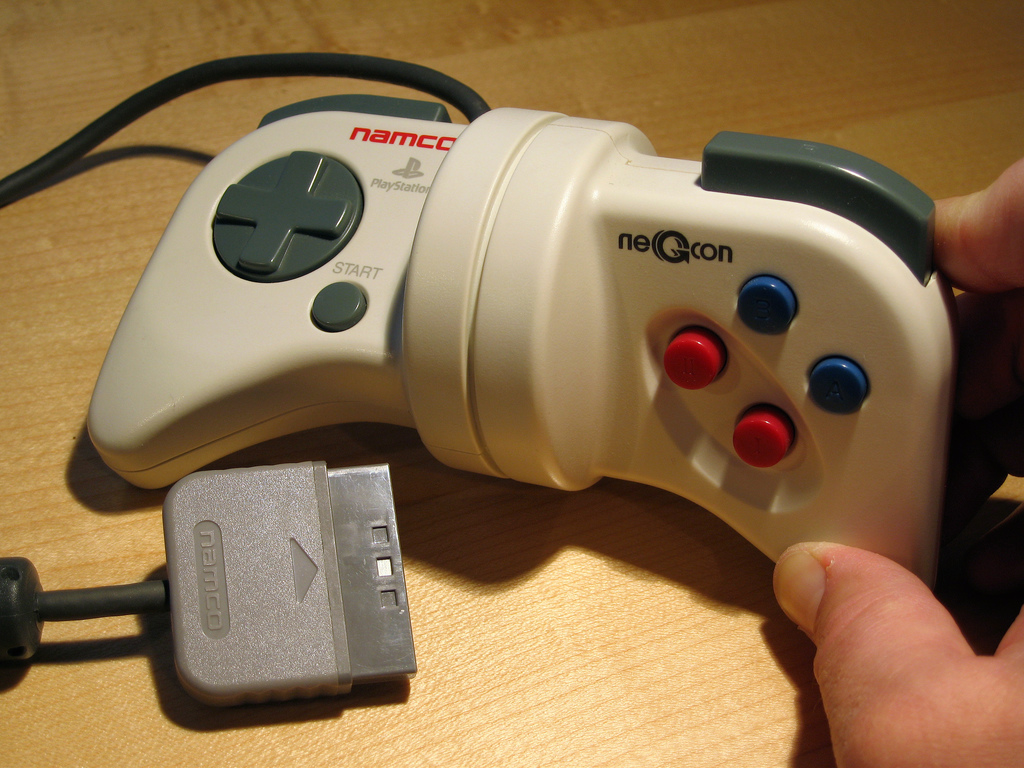 Perhaps the most unique controller I’ve ever encountered, the NeGcon was a Playstation controller put out by Namco which featured most of what the standard Playstation controller had to offer, with the notable addition of an analog “steering” style control in the form of a split down the middle of the unit, with the left and right halves connected by a swivel-joint. What’s more, the left shoulder button as well as the front X and square buttons were analog with a notable travel distance to them. The player would twist the unit to steer his or her craft while applying the desired level of thrust to the analog buttons. A player’s potential performance, when armed with the NeGcon in a game like Wipeout, is far beyond that of the unfortunate player chained to a D-pad.

A number of games supported this controller early on, among them: the entire Wipeout series, Gran Turismo, and the Ridge Racer series. The NeGcon was never a well-known controller, but there are players who, to this day, consider it to be the superior analog controller for the Playstation. I’m pleased to have found one back in ’96 at a local toy store. I never play Wipeout without it.

3 Responses to The NeGcon: Gaming with a Twist