I got such a positive reaction from my last post about the 33 year old recovered photos of my first home computer setup that I became motivated to finally get a photo album I had spoken of in an earlier post photographed and online to share.

Back in 1986/87 I filled a few pages of a (physical, not digital) photo album with color printouts generated by the computers I owned at the time. One page is a printout from my Apple IIe that was equipped with an ImageWriter II printer, while the rest of the came from the computer that replaced that IIe, an Atari 520ST that sported an Okimate 20 color, 24-pin, wax-transfer printer. The IIe image is a crack screen and the ST images were mainly taken from Compute!’s Atari ST magazine + disk. I recall buying the magazines month-to-month at the grocery store a mile from home in Newport News, VA shortly after we moved to that town. I was 14 years old at the time.

I’ve photographed each page of the album containing a printout and placed them in a Flickr album. (The rest of the album is filled with photos taken while visiting friends at other colleges as well as a photo-chronicle of my 3,500 mile round trip drive (over a weekend…) to the College of Santa Fe, to do with a long-distance relationship gone south. Oh, to be young and to feel love’s keen sting…)

Have a look inside: 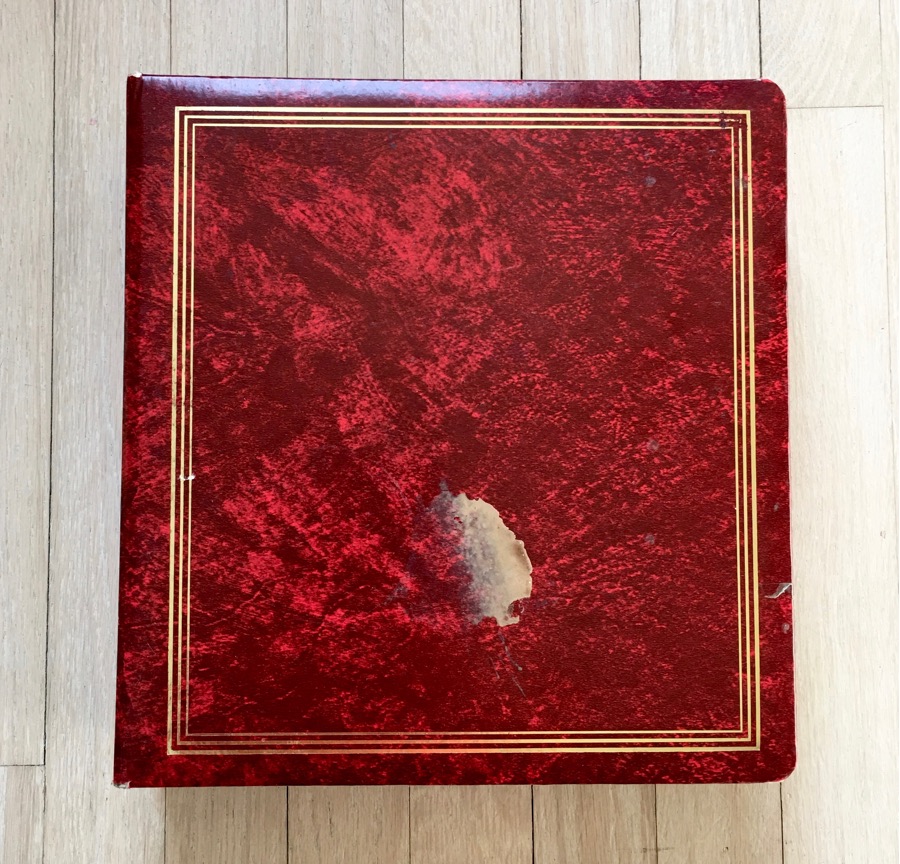 As I mentioned earlier, one of the images was the very first GIF (#softG) that I ever saw. I hope you enjoy this little bit of digital-to-analog computer graphics history I’ve been able to share.