i-Opener: The Internet Appliance That Was Made to be Hacked 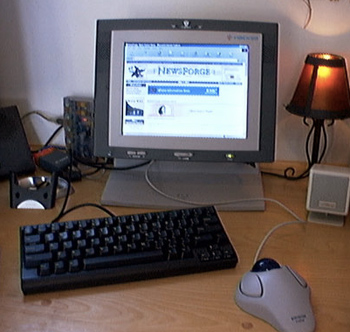 I scan eBay’s vintage computer area daily — a few times a day, actually — to keep an eye on what’s passing through. The other day I saw a new-in-box Netpliance i-Opener pop up, and that took me back a few years.

Between 1999 and 2002, a company called Netpliance sold an “internet appliance” known as the i-Opener for $99, for the purpose of providing Internet access to customers via their monthly (paid) dial-up service. The i-Opener was a loss-leader, costing the company something between $300 and $400 to produce. The real money was to be made via the Internet service but, early on, there was no binding service contract, so users were free to purchase the device and forget about paying the monthly fee.

But, why would they do that?

It turns out the i-Opener was, in fact, a pretty standard low-end PC. It featured a 9-inch color LCD, a 180MHZ WinChip C6 processor, an SO-DIMM socket, an IDE interface, a single USB port, and partial serial ports. It presented the user with a super-simple interface to the Internet running on QNX in 16MB of flash RAM. Once it was discovered that under that dumbed-down graphical interface sat a real PC, a number of i-Opener modding websites popped up and folks got busy turning this little $99 beauty into a functional PC. And, I was among them. 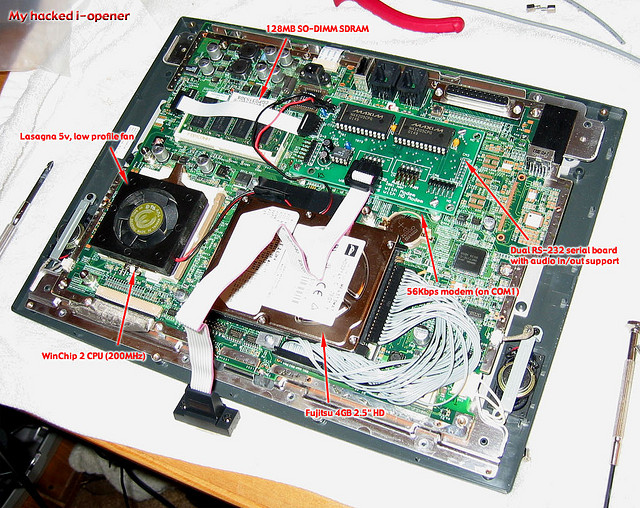 In the summer of 2000 I grabbed an i-Opener for $99 and, based on information gleaned from the aforementioned websites, set out to turn the i-Opener into a useful computer. And, I had real motivation in the effort; I was in the process of selling my Power Mac G3 system a couple of months before the new G4 systems arrived (to maximize resale value), and the i-Opener was going to be my main machine for a while. 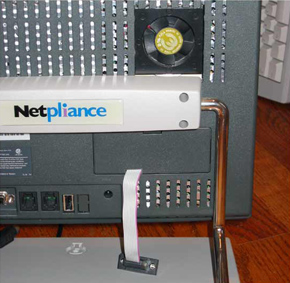 After a few weeks I had all the parts I needed to begin surgery on the unit. The first thing I did was remove the 180MHz WinChip C6 and replace it with a 200MHz WinChip 2 that featured a number of enhancements beyond the mere 20MHz clock jump. The CPU needed extra cooling, so I cut through the RF shield and the plastic backplate of the unit and mounted a low-voltage cooling fan. I also added a 2.5-inch, 4GB IDE hard drive and a custom interface board that provided a real, functioning serial port (for use interfacing with my Compaq iPaq PDA, of course). Next, came the powered USB hub and the LinkSys USB-to-ethernet adapter. Finally, a PS/2-style breakout cable let me replace the unit’s weak keyboard and its integrated track knob with a proper keyboard, the Happy Hacking Keyboard 2 Lite (that’s currently doing service on my Raspberry Pi), and a Kensington trackball.

I installed Windows 98 on the system and, in the end, had a rather functional machine to keep me in business while I was between my 300MHz PowerMac G3 and my dual-G4 800MHz PowerMac to come. I had fun replaying DOOM II on the unit and wrote with it some of my more memorable MacRumors posts during my two-year tenure at the start of the site.

I sold the unit not long after my new G4 arrived, but I kind of wish I had kept it. I see there are a few of them on eBay right now, as I write this post, but I don’t think I’ll dip back in to relive the i-Opener adventure. It made for a nice story though, I think.

An amusing side-note to this story is the phone call I received from a Netpliance rep, a few weeks after purchasing the unit, instructing me to begin paying for their monthly service. I pointed out that when I bought the unit, no binding service contract was part of the bundle and that I had already heavily modified the device. (The company had, since, corrected matters in their TOS agreement and even began cutting the pins off the IDE connector, of which I was aware). The rep then pointed out to me that they had decided to retroactively apply a binding contract to all units sold. After offering up a stunned pause followed by a bit of laughter, I said goodbye to the woman on the other end of the line and, of course, never heard anything else about the matter.

10 Responses to i-Opener: The Internet Appliance That Was Made to be Hacked