A Progress Update From a “No Man’s Sky” Time Traveler 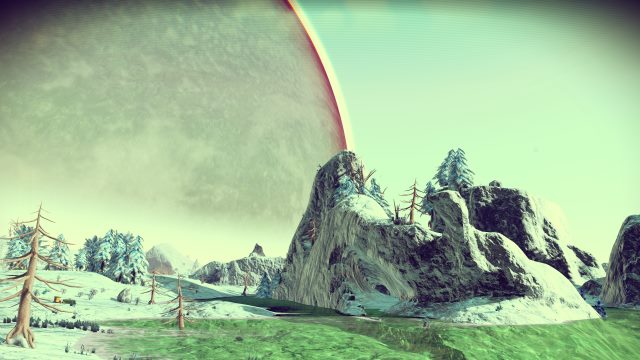 Early in the year I posted A Few Words from a “No Man’s Sky” Time Traveler, detailing my decision to put my 1,600-hour No Man’s Sky journey on hold and jump back-in-time to late 2016 and the Foundation (v1.1) release of the game. (My help page provides assistance to those wanting to do the same.) In that post I explained my motivations for so doing and I won’t restate them here other than to say, in brief, I missed the wilder nature of the early games’ (pre-NEXT) worlds and that greater sense of the unexpected, waiting around every corner. That was over half a year ago and it seems a good time for an update. (And to the bulk of my readers who came to read about vintage computing adventures rather than those taking place in a boundless, procedural universe: thank you for your patience with another off-topic post!)

As I wrote the aforementioned blog post, I was 25-hours in on a new Normal-mode game started in the Foundation release (version 1.13 specifically), having archived my mainline progress to resume later. I ended up playing in Foundation for 10 straight weeks before archiving that save and going back to the then-current release (Visions v1.77) in order to get back into the active swing of things in preparation for the impending release of No Man’s Sky Beyond.

Beyond promised to bring VR gameplay, far deeper multiplayer, and a large bag of various quality-of-life improvements to enhance the overall experience. Shortly before it was released, I purchased an Oculus Rift S VR setup in order to immerse myself as fully as possible in the game. No Man’s Sky Beyond (v2.0) arrived on August 14 and it did, indeed, deliver on its promises. No Man’s Sky in VR is pretty amazing; I’ve spent hours in the game just slowly wandering about, examining prairie flowers blooming inches from my eyes, marveling at clusters of desert cacti towering above me, and running my fingers through blades of grass carpeting valleys that stretch off into the distance. And, what’s more, I’m liking the deeper online play mechanics introduced through the Nexus in the updated Space Anomaly (a sort of hub where players can easily find each other, explore together, visit each others’ bases). I didn’t expect to find particular fondness with expanded online play, but it feels like a nice addition. 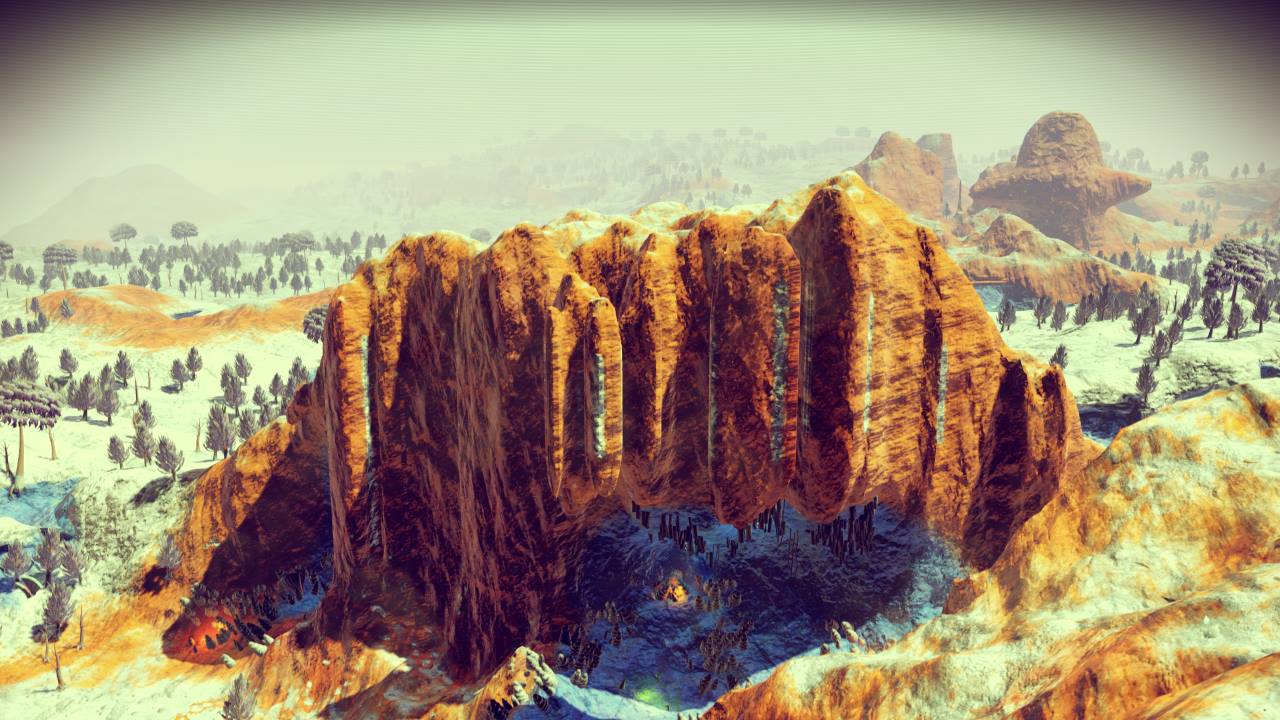 Despite this, my desire to get back into the Foundation universe was growing — but I didn’t want to lock myself out of playing in Beyond whenever I felt like it, either. Here I should mention that it is not possible to have two different versions of a Steam-purchased game installed at the same time on the same system — or, more accurately, under the same Windows installation. Looking at the situation, I decided to add another drive to my gaming PC (I was in need of more storage space anyway) and create a second, booting Windows 10 Pro installation (no additional license required) upon which to install Steam and No Man’s Sky Foundation…and little else.

And this is what I did. The new SSD serves as an additional Steam app install volume when in the main boot partition (where it’s seen as drive F:), and when it is used as the boot drive, I can launch the new Steam instance and play the one and only game installed, sitting in its own Steam directory: No Man’s Sky Foundation. The whole arrangement works quite well. 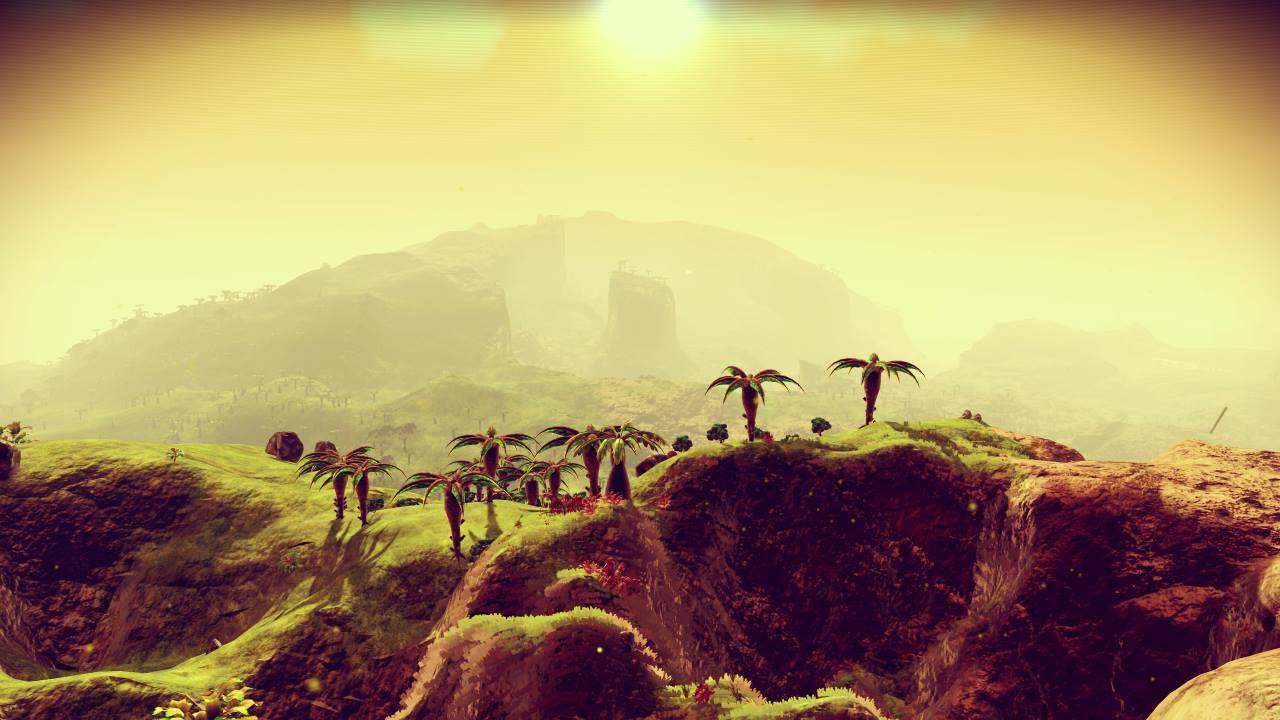 At present, I am happily playing both No Man’s Sky Beyond and Foundation, sometimes switching from one to the other and back, within an evening. And, while my greatest wish for the future of No Man’s Sky is the reincorporation of legacy planetary generation for some of the worlds (alongside the new), I presently have the best of both worlds when it comes to Hello Games’ endless exploration proposition.

At nearly 2,000 hours in the game so far, and many of those recent spent in Foundation, I have come to a conclusion that I’ve been wanting to share. I will say that I think that overall — for most of the people playing No Man’s Sky — the direction that Hello Games went with world generation is probably a good one. 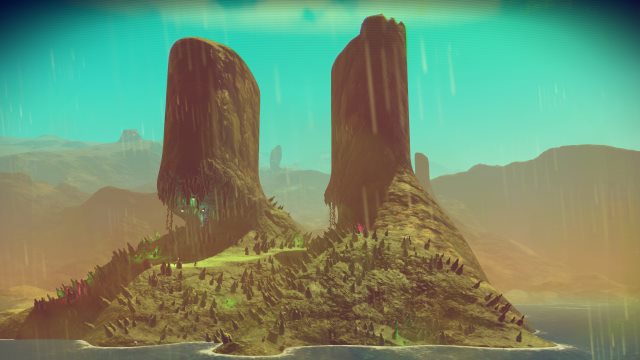 While I, personally, find many more stunning vistas in Foundation, I can’t deny that sometimes the terrain is difficult or even downright troublesome. And, the non-stunning worlds can be rather similar and fairly monotonous to encounter. This adds to the intrigue of approaching an unexplored world and wondering just is waiting on the surface as you descend through the atmosphere, because it could be something quite strange and unusual. But, then, it might just look like this. Limited variation aside, the low-water-mark for a world that’s “not lovely” is definitely lower in the early versions of the game than it is in the current. One does not ever come across a world in Beyond  (or NEXT that came before), that looks anything close to “bad.” (There’s just not nearly as much variation from planet to planet for a given biome.) Not to mention the exocrafts introduced in Path Finder (v1.2). The worlds as rendered in NEXT and Beyond are certainly more conducive to zipping about their surface in these land-crafts as compared to the more aberrant worlds of olde.

So, I am currently enjoying living both in the past and the present with No Man’s Sky and I don’t see that changing anytime soon. While exploring in my legacy save, I’ve taken to capturing a few seconds of video here and there to put together and share with those interested in seeing the universe as it once was. I expect to follow the video shown here, which are highlights from a recent week of Foundation exploration, with other, similar glimpses in the months to come. My Foundation travel gallery contains snapshots I’ve taken along the way, as well.

My earlier posts on the subject:

This entry was posted in Gaming, No Man's Sky and tagged Games, gaming, No Mans Sky, PC. Bookmark the permalink.