To Upgrade, or Not to Upgrade, That Is the Question

The other day I was listening to one of my favorite podcasts, the Retro Computing Roundtable, when the host topic really struck a chord in me. In this episode, no. 148, Paul Hagstrom was hosting and his topic for discussion was: Venturing down the retro upgrade path.

How far should we go down the upgrade path toward modernity? If you have a, say, 68030 Mac, would you want to put a third-party 68040 accelerator in it? You would have in 1993. But what is the point today?

Lately I’ve been taking advantage of the wide availability and relatively low cost of FPGA and Systems on a Chip technologies to upgrade a number of my systems to allow flash-based floppy emulation which brings a huge usability and manageability boost. Also, simply maxing out the RAM on a system is something I’ve often done. These are “reasonable” upgrades from any perspective, really, and are not very costly. But these are not the upgrades that Paul was referring to.

And I definitely have some first-hand experience with the upgrades he was referring to. 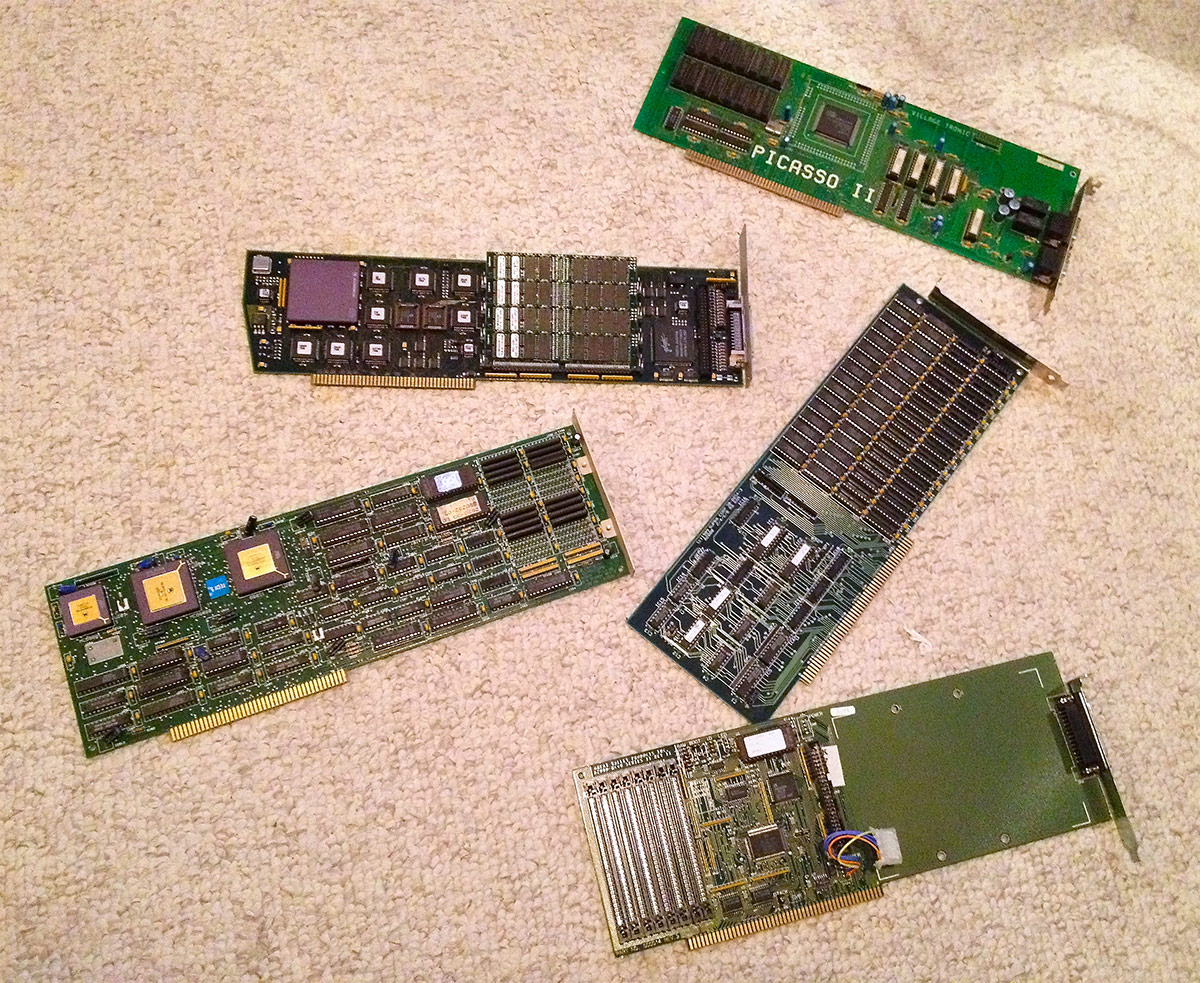 I’ve gone far down the road of such upgrades on a few systems, and while the experiences were adventures, oftentimes they weren’t the sort of adventures I originally had in mind. The eventuality in these cases has typically been something like a ball of best intentions, memories of power-user fantasies of days long past, rationalized expenditures, and a dose of regret. Let me share an account of my most stand-out example.

The following is a series of events that happened to an Amiga 2000 I acquired in the year 2000, over a fifteen year span of time.

Of the various platforms I’ve used, for me the Amiga seems to have the strongest “expand me” siren song of them all. I could post another account nearly as long involving two different Amiga 1200s that I purchased, towered, expanded to 68060s, and then sold. In every case, there was that sickening feeling after the big upgrades were sold off of wondering, “what the hell is wrong with me??” 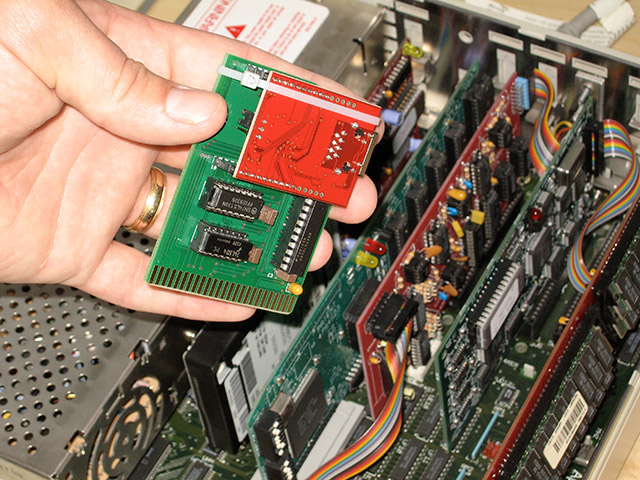 That said, there are some “big” upgrades that have turned out to be well worth it. I spend a good bit of time on my Apple IIgs in its core operating system, GS/OS, moving over files from the LAN, writing out disk images, using music trackers, gaming, etc. Adding in the expensive 8MHz ZipGS accelerator board (the stock 65C816 runs at 2.8MHz) and an Uthernet board were well worth it and quite enabling, given how I use the system. These days I’m trying hard to really think the matter through before jumping down a system upgrade rabbit hole. Please, wish me luck.

Incidentally, as far as my Amigas, I’ve been spending the most time of late with my least expanded one of all, the Amiga 1000 which is still running along just fine on its 7MHz 68000.

This entry was posted in Amiga, Apple II, Just Rambling. Bookmark the permalink.

5 Responses to To Upgrade, or Not to Upgrade, That Is the Question