This morning I reached over and pulled a random issue of Pen Computing magazine off the shelf to use as a backdrop in a photo I wanted to take. After getting the shot, I scanned the cover and noticed the feature article entitled “StrongARM-1100: The Soul of the New Machines?” The issue in question is from October 1997 and details the release of the StrongARM SA-1100, a chip resulting from a collaboration between ARM and DEC that took the original StrongARM SA-110 CPU (used in the Apple Newton Message Pad 2×00 and the Acorn RiscPC) and turned it into a System-on-Chip (SoC), one of the first in the world. The chip was extremely performant for the day and delivered a then-unprecedented 1000 MIPS/watt ratio. The author, after laying out all of the details, opines that the the chip has a bright future. 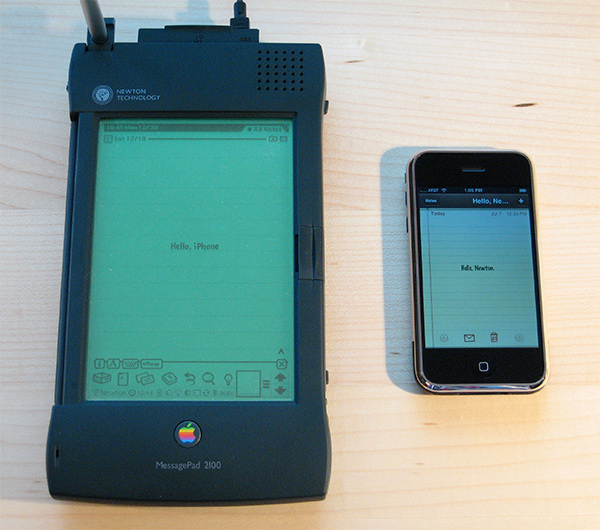 Today the ARM instruction set architecture is the most widely used in the world. It’s the same DNA of the StrongARM featured in that Pen Computing mag that lives within the processors that have powered all of Apple’s iOS devices and those of most of their competitors. And that is why, looking down at my desk before putting the magazine back on the shelf, I was suddenly struck by the sight of my iPhone lying on the cover, 18 years after I picked it up off the rack at the Charlottesville, VA Barnes & Nobel. Back then my mobile device was the Apple Newton MP2000 with a 162MHz SA-110 at its core and here today, sitting right beside the StongARM headline on the cover, was my new Apple iPhone 6S Plus powered by the Apple A9, a 1,850MHz dual-core 64-bit ARM processor of Apple’s design that contains that same DNA. Hundreds of times faster, mind you, but the same DNA.

The juxtaposition grabbed me, and I thought I would share. 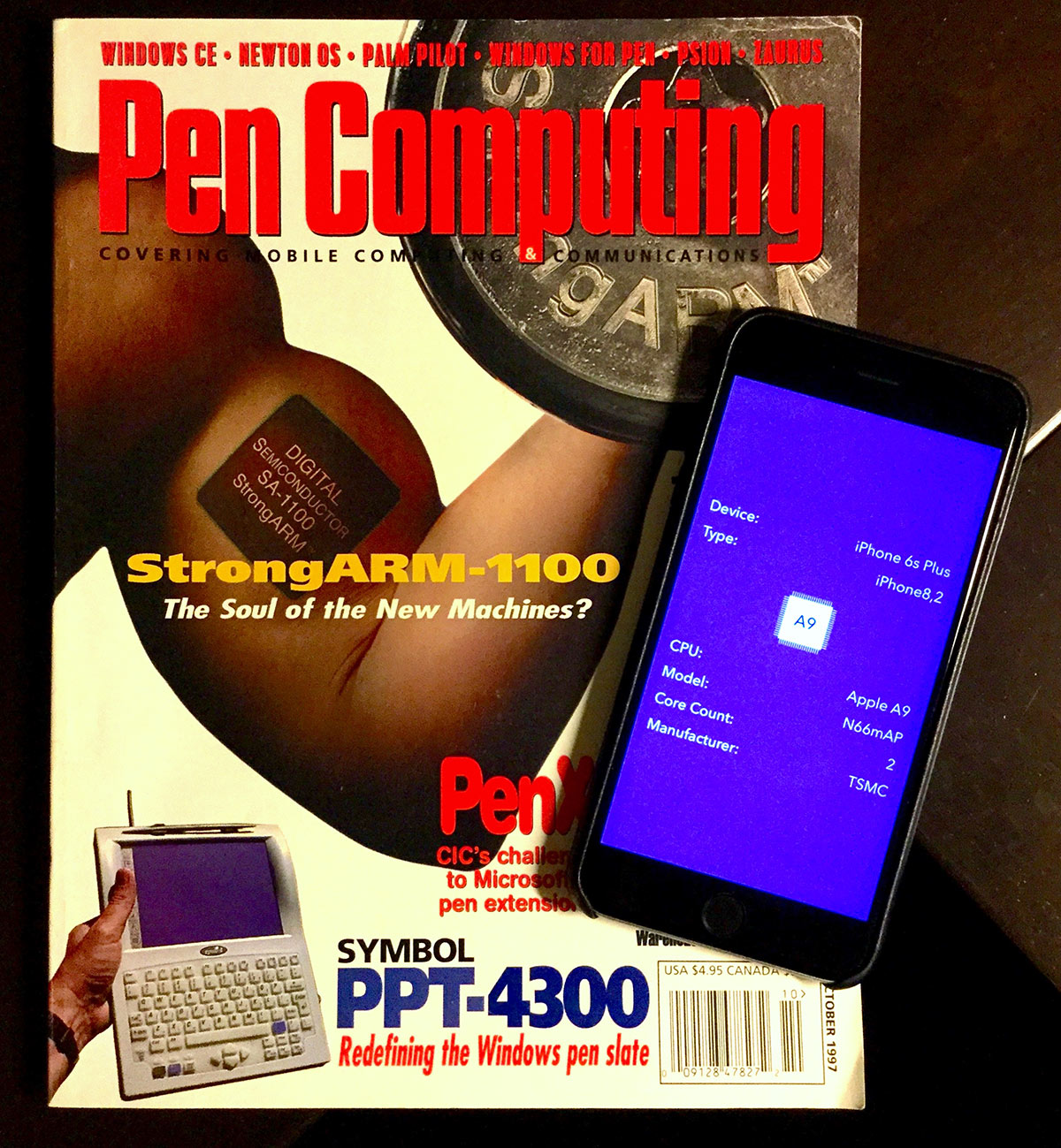 It’s worth noting that things didn’t begin with the StrongARM. Acorn RISC Machines developed the first ARM processor in 1985 in order to, first, expand the BBC Micro computer and, second, to power the Acorn Archimedes system that arrived in 1987.

Earlier, related post: It Occurred to Me That a Lot Has Changed in Mobile Computing over the Last Fifteen Years

This entry was posted in Just Rambling, Other Platform. Bookmark the permalink.

One Response to 1997 Wonders: Is There a Future in the ARM SoC?