As God Is My Witness, I Thought Turkeys Could Fly 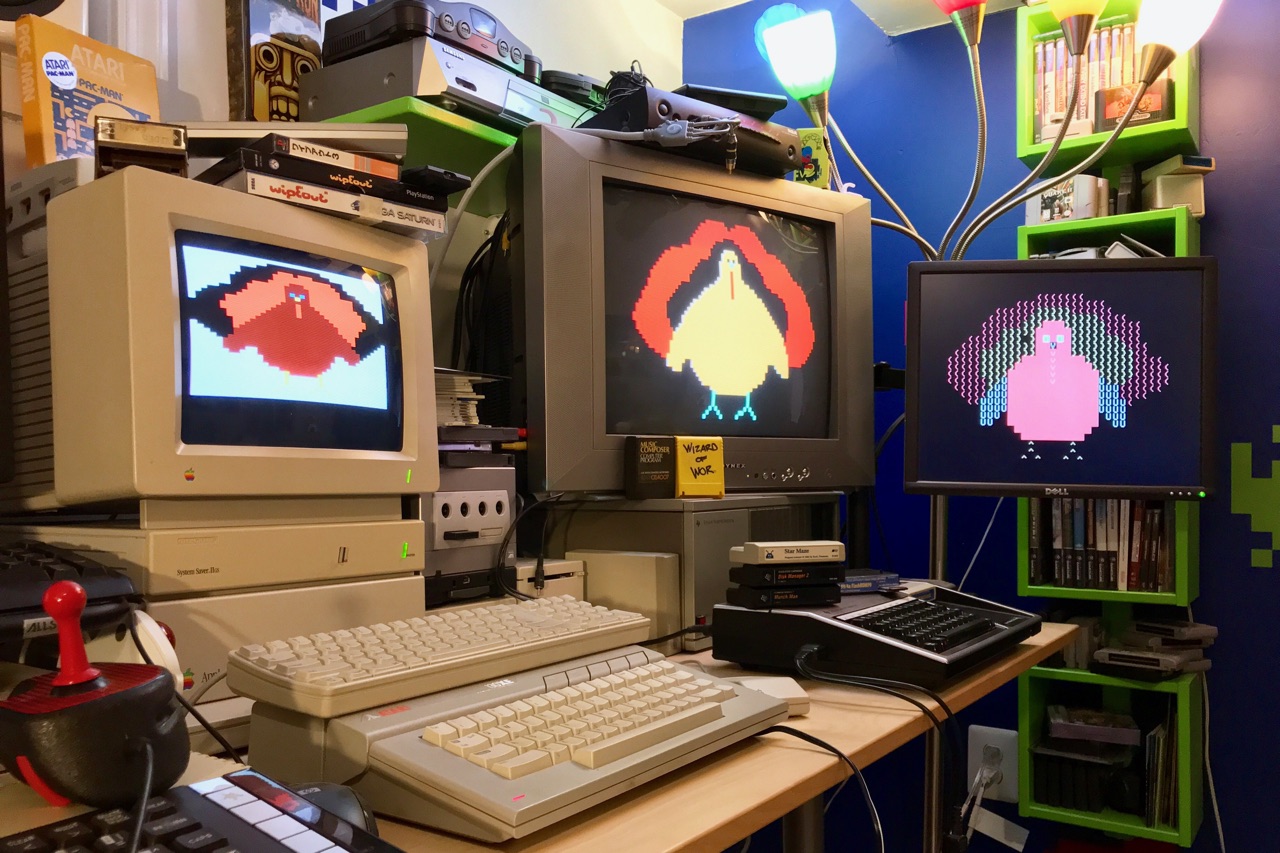 When it comes to the holidays, I get rather sentimental as well as nostalgic, these days. Holidays as a kid are some of the best memories any of us have, really. And having been an avid computer geek during the home computer era, my holiday memories are always laced with fun times on the computer as a kid.

As such, I’ve been running my Holiday Demos post series around Christmas time for quite a few years and it seems I might’ve just started a new Byte Cellar tradition with my recent Halloween Demos post. Well, when I saw a reddit post from u/RogelioP demonstrating a BASIC Thanksgiving demo he typed in from the November 1983 issue of Family Computing magazine, Turkey by Joey Latimer, I had to get on board. 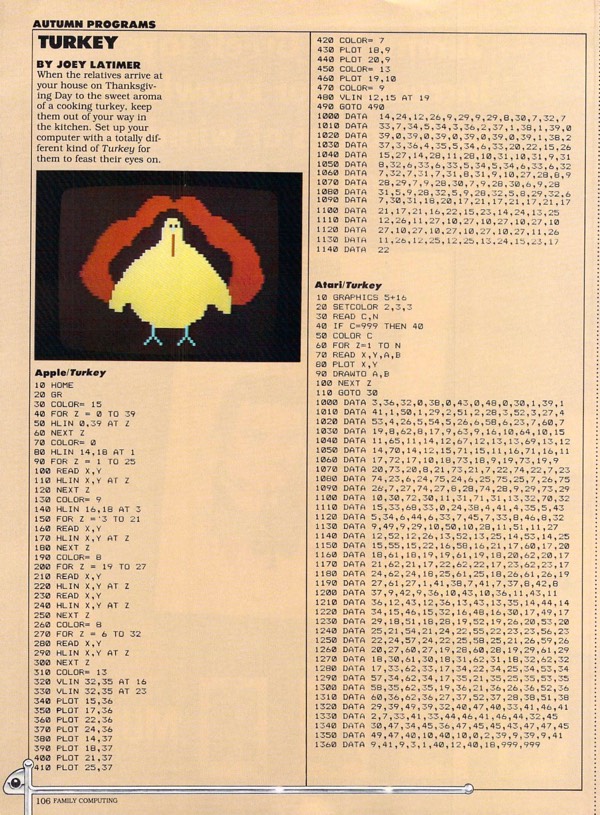 Family Computing, along with many other computer magazines of the time, offered BASIC program listings in every issue, custom catered to various platforms of the day. (Back in the era of “home computers,” basically every system was its own world, one largely incompatible with the next — even the versions of built-in BASIC varied to such a degree that each platform needed its own particular version of the program in question.) And Family Computing was one of my favorite magazines out there at the time. As a CoCo 2 user, he typed in the CoCo version and brought a Thanksgiving turkey to life on his CRT. Inspired by this, I searched and found that issue on Archive.org and though I’d give it a try on a few systems sitting side by site in the Byte Celler: a TI-99/4A, an Atari 130XE, and an Apple IIgs. Thanks to RogelioP, much of my Sunday afternoon was spent keying a 35-year-old BASIC program into those three systems and recording the results to share. And, I have to say, DATA statements are a mess to debug, and I didn’t get things perfectly sorted, but we’ll just say that the various turkeys have “personality.”

Thanks for the inspiration, RogelioP, and all I can say from here to readers is Happy Thanksgiving!

Update: RogelioP stopped by in the comments and has gotten the Turkey demo running on his TRS-80 Model I, as well. Nice going!

3 Responses to As God Is My Witness, I Thought Turkeys Could Fly