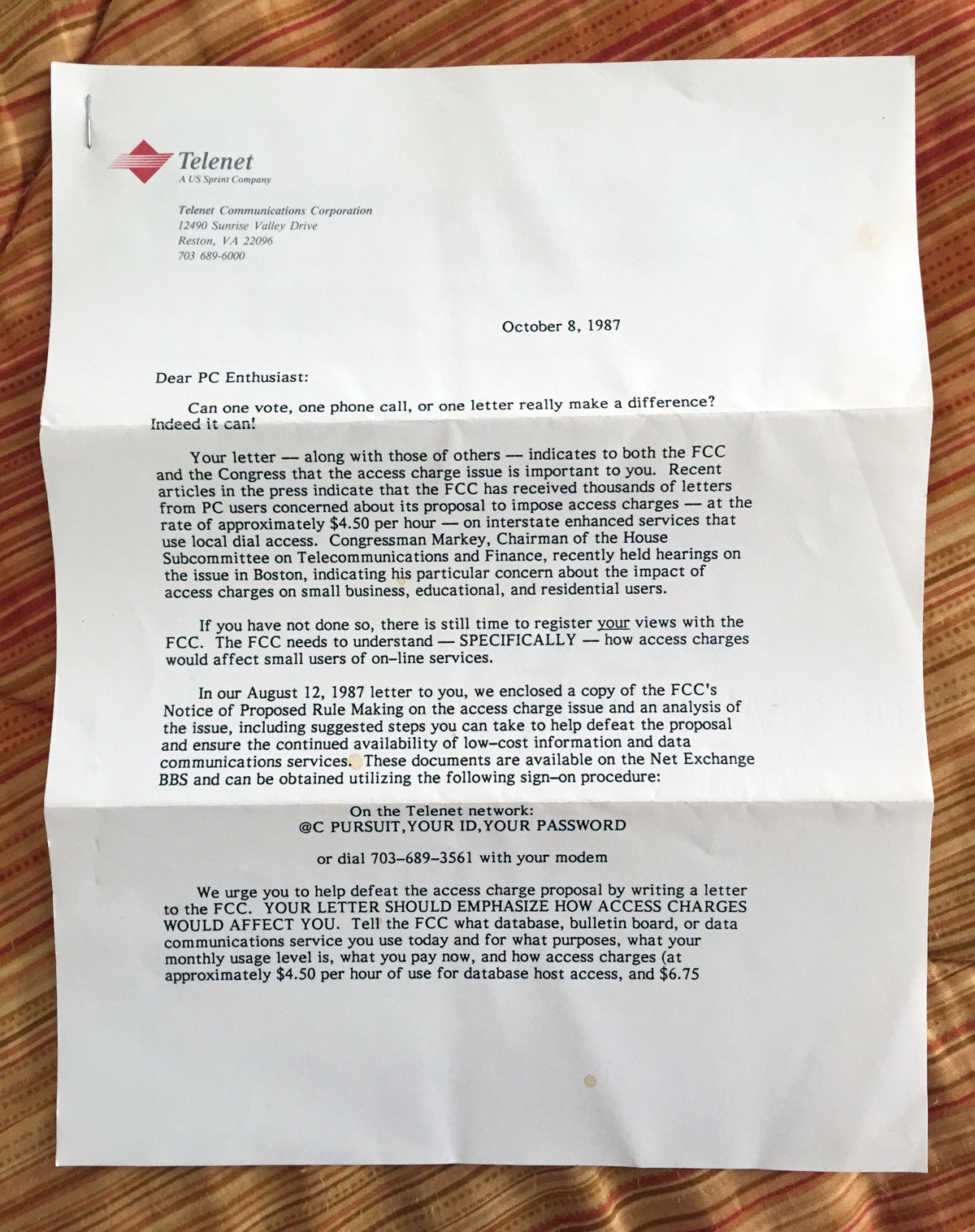 Dial-up users, we have to unite! The FCC is attempting to impose access charges to interstate enhanced services, such as Sprint’s Telenet, that use local dial access. Or, they were…28 years ago…as can be seen in the above letter I received way back when as a user of PC Pursuit.

Telenet, which went online in 1974, was the first public packet-switching network. Telenet Inc., with Larry Roberts as President, was established to create a private sector version of ARPANET. PC Pursuit, for a flat monthly fee, let users dial into the Telenet in one city and then dial out through the modems in another city to bypass long-distance phone charges in accessing distant BBSs. It was a proposition that sounded better on paper than in practice, in my experience at any rate. I dialed in at a mere 1200 baud, but the effective data transfer speed was much slower than that. After a couple of months, I dropped the service.

I just ran across this letter Sprint sent out to customers back in 1987 in a box of items in my basement. I thought readers might enjoy the look back.

This entry was posted in Multi-Platform and tagged backbone, DARPA, fabric, Internet. Bookmark the permalink.