An Apple II Anecdote: Fun with the AST RamStakPlus 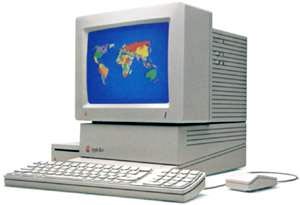 Here’s a quick little little anecdote from my Apple II past that I thought I would share.

I was trying to mentally sort a bit of the computer chronology of my past in the shower this morning (no waterproof serial terminal in there to check The List) and I got to thinking about the Apple IIgs. It’s one of the two systems I had the most fun with way back when (the other is the Amiga 2000).

While I attended the Apple IIgs launch event in the fall of ’86 at the local Chaney Computer / Connecting Point in Newport News, VA (it took place at dealers all over the place), I didn’t get my first GS system until a year later. Over the next few years I loaded it up with hardware. I added an MDIdeas SuperSonic stereo card, a Central Point Software / VTech Universal Disk Controller, a Prometheus ProModem 1200A internal modem, an AST Vision Plus, a ThunderScan — I even threw in an Alaska (copy) Card, but it wasn’t GS-friendly, as it turned out.

Of course, the first peripheral to go in was a memory card, which I purchased along with the GS and monitor from a pleasant fellow named Dennis Long at local dealer Next Generation Computers (Williamsburg, VA). I had, of course, researched what was out there in the way of memory cards and the one that stood out to me was the AST RamStakPlus. The RamStakPlus would accept up to 1MB of RAM via standard 16-pin DIPs, but it had a rather unique feature. It sported four 28-pin EPROM / EEPROM sockets, allowing the user to setup a ROM disk. I chose the AST card for this reason and ended up eventually populating it with EEPROMS, which could be programmed right on the board (while EPROMS had to be programmed externally with a burner). The maximum EEPROM capacity was a whopping 32K, while EPROMS could take you to 64K of ROM storage. I filled that capacious 32K with a few crucial utils, such as CTYPE. The standard GS RAM disk was Slot 7, Drive 1. I think the ROM disk was at Slot 7, Drive 2—but it’s a little hazy after all these years.

I never had a hard drive on that first GS I owned and the little ROM disk pocket of utils did make things a bit easier. I will say, however, that even back in 1987/88, 32K felt pretty small.

So, there you have it. I’ve never burned an EPROM in all my years of computing, and so there’s a badge of geek cred I may never wear. I did, however, load up a few EEPROMs and put them to good use once. The Apple IIgs was (and is) a fun system to tinker with.

4 Responses to An Apple II Anecdote: Fun with the AST RamStakPlus