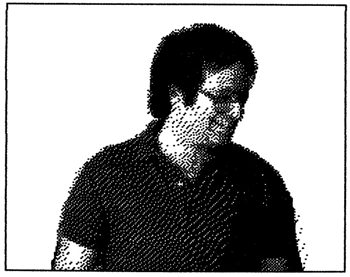 So, the big news of the week has been Google+, the search giant’s latest stab at the social network thing. I was lucky enough to get an invite early on and, I must say, I’m liking the service so far. (Here’s my Google+ profile link.) If you took Facebook and removed everything MySpace about it, and slathered it in Apple-class interface goodness, you pretty much get Google+. Twitter is by far my main social Internet thing, though I do use Facebook lightly, but have never liked the feel of it, and its feel has been going downhill for quite some time, in my opinion. I’m quite interested to see how my use of and feelings for Google+ will evolve as more people get on board.

The purpose of this post is to share something I saw on my Google+ stream earlier today that fascinated me. Andy Hertzfeld, who joined the fledgling Macintosh team at Apple in 1981 and became the primary software architect of the original Macintosh operating system, is on Google+. (I added him to my Circles!) But, what I didn’t know is that he works for Google and, what’s more, he contributed heavily to the creation of Google+ itself.

I just saw this modest post by Hertzfeld appear in my stream, where he thanks users for their positive reaction to the new service and clarifies his role in the system. I will quote part of it here.

It’s great that the user experience of Google Plus is being so well received, and I’m happy about all the positive feedback that’s been coming my way, but I’m worried that I’m getting too much credit for it, so this long-winded post is an attempt to set the record straight.

I am indeed the main individual behind the interaction design and implementation of the circle editor. I conceived, designed and implemented a compelling prototype for it almost single-handedly, and then wrote a fair percentage of the production javascript code with lots of help from my friends. I also worked on a couple of other parts of the product a little bit, but that’s pretty much as far as it goes.

Steven Levy’s excellent Wired article got the story right – I wrote the circle editor and then recently widened my focus to the overall Google Plus user experience. But subsequent stories jumped to the conclusion that I was responsible for the design of the entire product that we launched on Tuesday, which isn’t true, but I guess it was just too good a story (about Apple design values infecting Google) for people to resist. And now some people are saying that I’m responsible for the broad visual refresh now rolling out across Google, which couldn’t be further from the truth – in fact, I’m not even sure I like it. 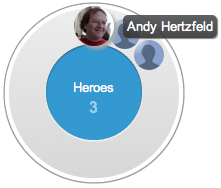 A core feature of Google+ is the Circle system. It’s a way of grouping friends, acquaintances, and even strangers into logical bins, which can be used individually or in a combined manner to easily get your thoughts to whatever audience you desire. Family news to relatives, tech discoveries to your geek crowd, work items to officemates, etc. And, a huge part of Circles is the impressive, in-browser visual manager that lets you drag and drop folks hither and yon. It’s certainly the most striking thing about Google+, and it looks like the man who brought us the Macintosh interface so long ago is the man behind the Circle editor.

And, at Google, he even kept his old Apple job title: “Software Wizard” !

I wanted to share this, as I count Andy Hertzfeld among my short list of heroes, and it’s great to see him still sharing his magic with the rest of us. Be sure to visit his excellent Folklore.org, a trove of anecdotes from the genesis period of the Macintosh.

This entry was posted in Just Rambling, Macintosh, Other Platform. Bookmark the permalink.