BBSing on a Virtual NeXT Cube, Thanks to “Previous 2.0” 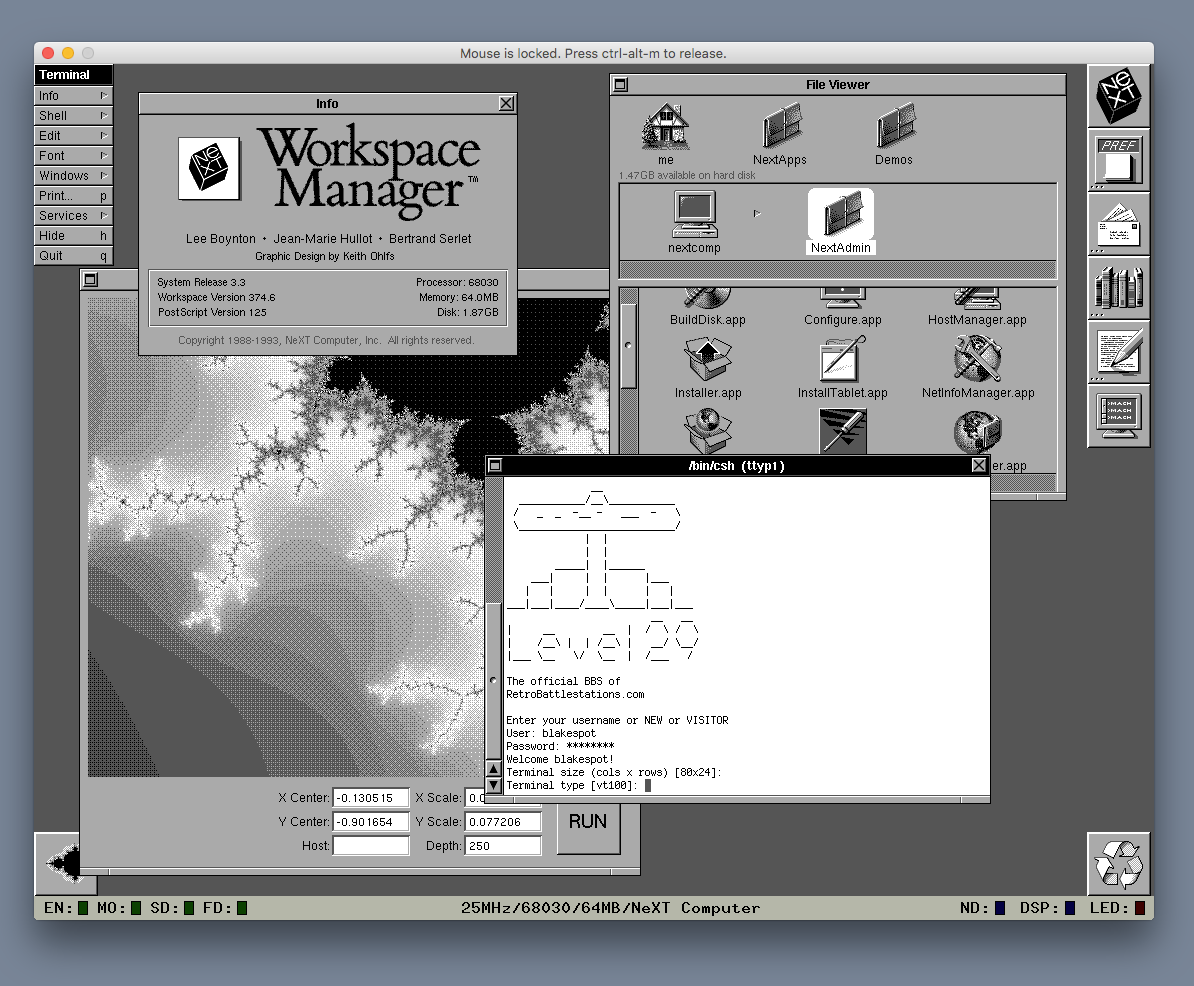 I’ve been having a lot of fun lately spending time BBSing with many of my vintage systems. One of the systems in my collection that I have not yet used to login is my NeXTstation Turbo Color slab. Its a favorite of mine and I want to give it a go at some point, but for now I have done the next best thing (ouch). I recently learned that a new version of the NeXT “black hardware” emulator, Previous, had been released, so I thought I would make my first real attempt at getting it up, running, and online and then pay a visit to some of my favorite boards out there.

Previous (antithetical to “next”) aims to emulate every model of the Motorola 680×0-based NeXT computer along with all of their peripherals including both greyscale and truecolor displays. It is based on the excellent Hatari Atari ST emulator (which, itself, is based to a degree on the UAE Amiga emulator), and development work, which appears to have begun in 2011, is carried out under Linux and macOS. Previous is able to boot all versions of the NEXTSTEP and OpenStep operating systems. 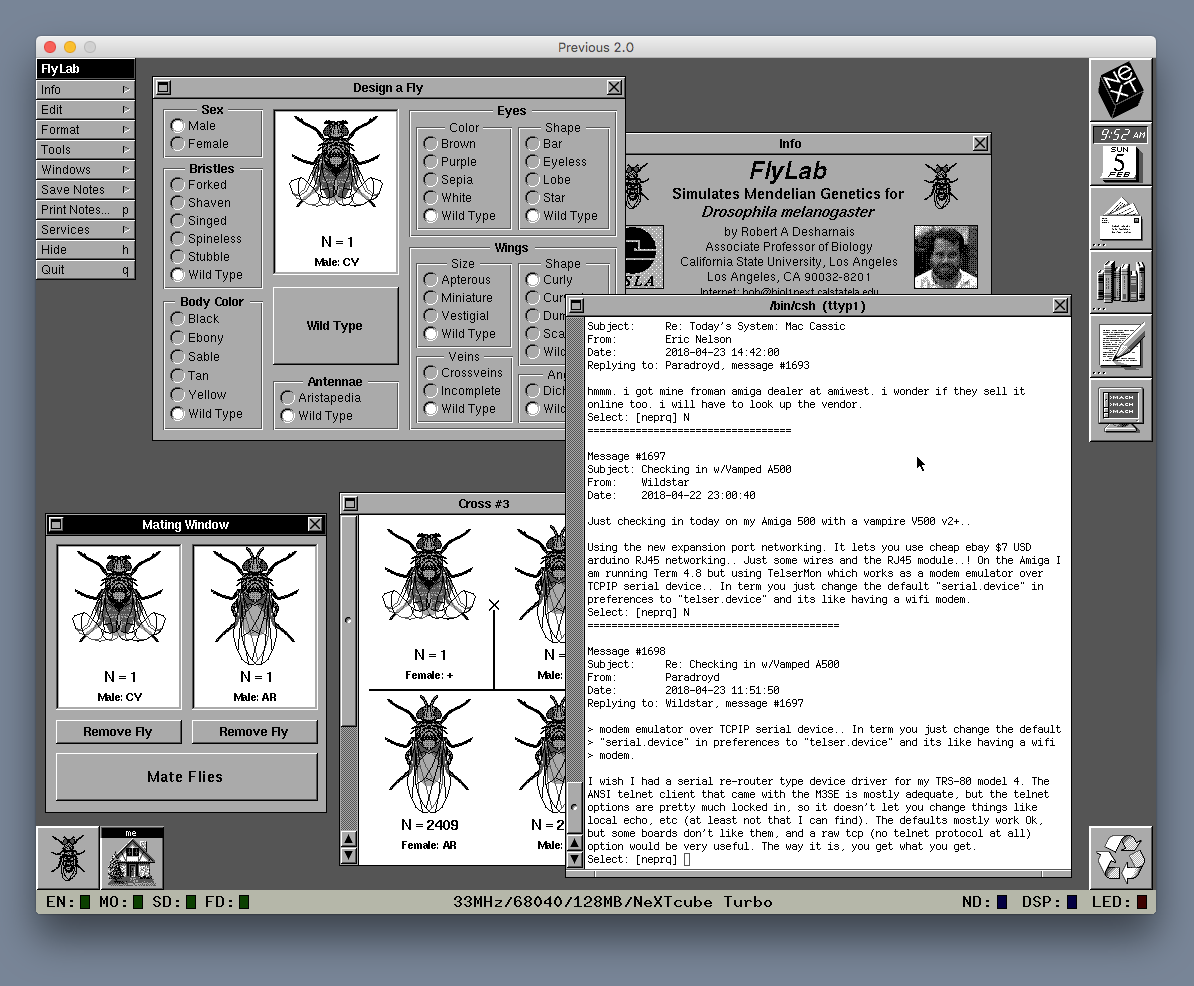 It is still a work in progress but is quite stable under most circumstances and is now able to emulate multiple NeXTdimension accelerated display boards allowing for a multi-headed virtual NeXT system.

Why emulate the Motorola based hardware, especially when NEXTSTEP and OpenStep for Intel can be run natively on real metal that’s orders of magnitudes faster than the black hardware ever was, or in a virtual machine on a top-end Mac or PC? Because plenty of NEXTSTEP applications were not released as fat binaries to take advantage of the Intel platform, support for which appeared in NEXTSTEP 3.1 released five years after the first NeXT machines shipped. Plenty of apps are Motorola-only including the groundbreaking Lotus Improv and huge numbers of creative, home-grown apps such as FlyLab, pictured here.

I logged on to the Level 29 BBS, shown above, first and it did an excellent job of rendering to the NeXT terminal. As for Previous, it feels genuine to the original machines’ speed, hasn’t crashed on me, and networking and file sharing weren’t too tough to setup. It even runs DOOM pretty smoothly. I am running it on both macOS High Sierra and Windows 10 Pro, the Mac setup having gone a little more smoothly.

The freely downloadable Previous source can be compiled under macOS, Windows, Linux, and likely a variety of other platforms. Pre-compiled binaries are out there, as well. Here are links for Previous 2.0 for macOS and Windows. And here are a couple more useful links.

This entry was posted in BBS, NeXT, UNIX. Bookmark the permalink.

8 Responses to BBSing on a Virtual NeXT Cube, Thanks to “Previous 2.0”