I was back home, visiting family, last weekend when I found a few rolls of film that were rather old and had not been developed. One 35mm roll and one disc film roll. I took the 35mm to a local DC photo development house and with some effort (rather poor image quality on the film) I was able to get a few of the 12-13 year old exposures off the roll. The disc film will soon be mailed off to one of the only places left that can develop it. I was able to date the 35mm film by a picture of my computer at the time, a Mac LC. Have a look at it right here and here. 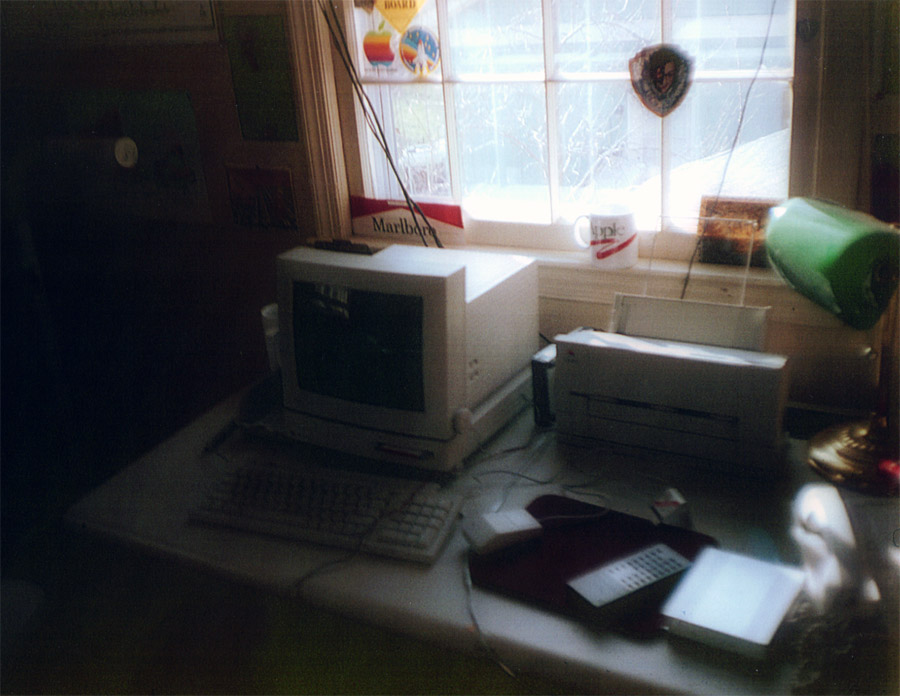 The Mac LC was a rather weak machine, sporting a 32-bit 68020 @ 16MHz that was hampered by being placed on a 16-bit bus. I had this machine when the notable System 7 was released. I started out with System 6.0.8 and moved to 7, I recall. I replaced the 40MB SCSI HD that came in the unit with a 100MB Conner which made things much more spacious. I enjoyed it at the time but eventually sold it to my girlfriend to get an Amiga 1200, I recall.

Thought I’d share that little story and pic. It will be interesting to see what’s on the disc film. I am hoping it holds a pic or two of either my old Atari 520ST or Apple IIgs.

One Response to Mac LC Found